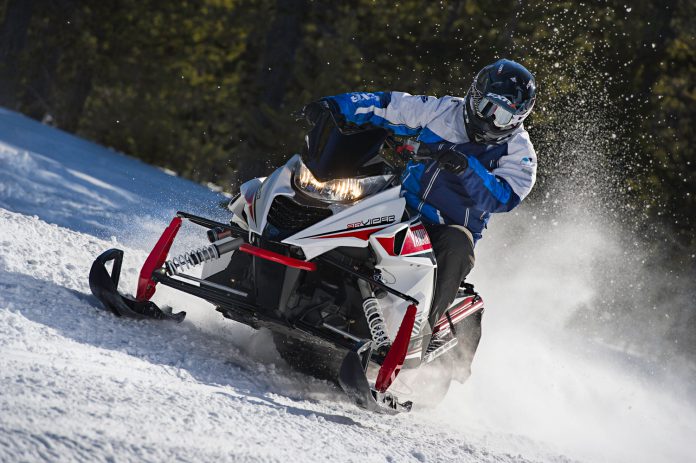 Why does Supertrax and other magazines refer to Yamaha snowmobiles by horsepower rating instead of engine size? I know 4-strokes make less power per cc than 2-strokes, So this should be brought to a reader’s attention.

I’d also like to comment on 4 stroke longevity. I have a sport bike and a 4-stroke quad and they do smoke (more than a 2 stroke )and require expensive rebuilds such as cams, cam followers pistons, rings, valves and guides.

Your questions are interesting and have been regularly addressed in many issues of SUPERTRAX.

With the proliferation of 4 stroke models it is actually better to compare by HP than cc as the segments line up that way as a result of established parameters. Example – the 600cc class is the 120-125 HP class – right? Yamaha’s Vector is a 120 HP sled with a 1000cc triple 4 stroke. It is priced almost dead-on with the 600 class 2 stroke traffic so that’s why we put them together and compare them.

Yes, 4 strokes are real expensive to rebuild and when they explode it hurts. However, the market impression (this has been editorialized in ST many times!) is that 4 strokes will last longer.

Under most circumstances – I wouldn’t disagree with that general assertion. However, lets say a 4 stroke will go 20,000 miles in a sled without a rebuild and a clean 2 stroke will go 10,000 miles.

I would estimate the cost to rebuild the 2 stroke twice would be very close to rebuilding the 4 stroke once. See where I’m going? In any case, 4 stroke sled engines which are not exposed to dirt and water like dirt bikes and ATV’s have proven to be exceptionally reliable.