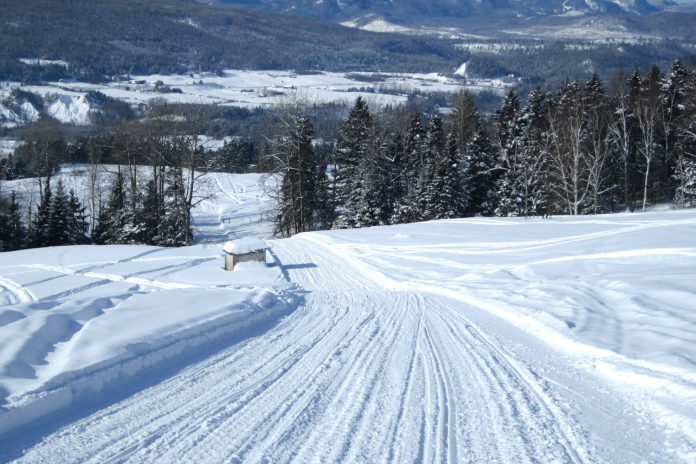 Last winter, I was riding a familiar trail without a care in the world. Abruptly, it came to a dead end at a road crossing. Where the trail used to continue on the other side, I spotted a new gate with a large sign saying “Trail Closed”. Then another one that read: “Detour – Follow Road To Trail” with an arrow pointing right. More than five minutes of bare pavement later, I picked up another trail and continued on my way.

Somewhere in the back of my lizard brain, another closed trail registered. But frankly, it didn’t really hit home until I was planning a tour to re-visit a favourite destination and discovered a major connecting trail missing from their online map. With that trail gone, I’d either have to re-route far out of my way or go someplace else. What a pain!

Then I noticed more social media posts from snowmobile clubs and other riders alerting about recent trail closures in various parts of the snowbelt. Most occurred because snowmobilers had wandered off trail to track fresh powder, ignored signs, cut corners, taken shortcuts, run down stake lines, broken through fences and closed gates, damaged crops, or harassed livestock. Some shut downs were even caused by noisy pipes.

Craig Nicholson
Previous articleWILL CAT AND YAMAHA BUILD TRULY DIFFERENT MODELS?
Next article2022 Ski-Doo Renegade Enduro: FOR RIDERS WHO KNOW WHO THEY ARE!