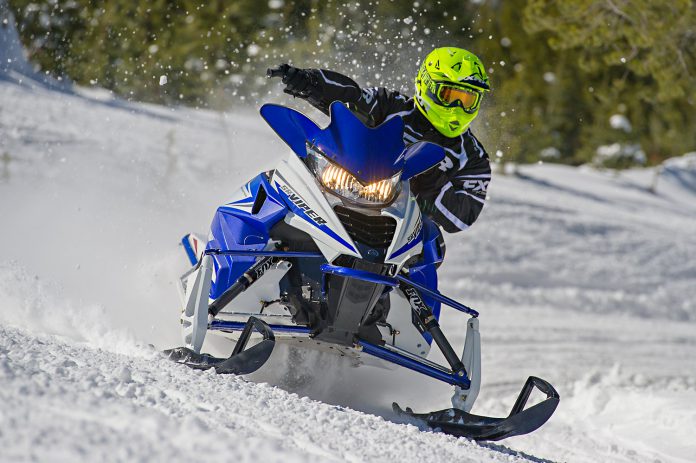 Yamaha revisited its SnoScoot this year and it looks like it will be a blazing success, filling a long awaited market gap.

However, the company needs to offer a full-sized model that appeals to mainstream buyers who aren’t necessarily interested in blistering speed but want comfort, fuel economy, a reasonable price and an acceptable level of engine performance.

An overview of the marketplace indicates there’s a niche out there for a 4-stroke sled in the 90 to 110-hp range.

It’s hard to ignore the success of Ski-Doo’s 90-horsepower 900 ACE in its MX-Z and Renegade models. These sleds are strong sellers and account for some big numbers. Owners are really happy with all aspects of those sleds and Ski-Doo claims it’s the reason they are dominating in 4-stroke sales.

Yamaha has the raw goods to build a snowmobile that could steal some of the ACE’s thunder. Naturally, they could begin with a lightened version of the SR chassis built by Arctic Cat.

Weight could be pared in the skidframe by using Yamaha’s own SingleShot system but besides the chassis changes, utilizing its naturally-aspirated (non-turbocharged) version of the 1000cc triple used in Yamaha’s off-road YXZ Side x Side would deliver horsepower in the 110-hp range. This is a beautiful engine and would have incredible sizzle with the troops.

Yamaha also has its own roller clutch developed for the SideWinder that would be a great asset for a snowmobile in this power range.

By going with a less premium shock package, a simpler instrument layout and a few less bells and whistles, pricing could be kept under control.

Besides, have you checked the retail prices on ACE 900s? Those sleds aren’t necessarily cheap – but they sell like hotcakes!

Kent Lester
Kent Lester is Co-Publisher of SUPERTRAX Magazine and a regular contributor to this website.
Previous articleSKI-DOO’S NEXT 4-STROKE
Next articleWHAT’S THE DEAL WITH TURBOS?