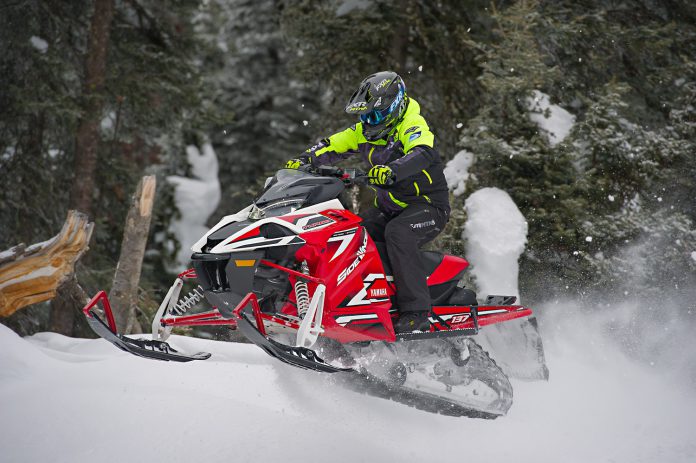 When we first rode the new Yamaha Turbo triple in the SideWinder and in Cat’s ZR9000 we were told the engine makes 180-hp.

This sounded realistic as the old Suzuki twin generated 177-hp with a turbocharger.

Here’s where things get strange. Two years ago we talked to a dynomometer operator who had tested numerous Cat-Suzukis and he told us only a few actually made 177-hp.

Don’t worry, the majority of the turbos he tested made more than that. Some made as much as 183-hp in completely stock form. None made less than Cat’s claimed 177-hp.

Why the inconsistency? Hard to say but he told us some engines, due to clearances and volume differences – even differences in boost ratios and CPU programming – are just capable of generating more power than other ones.

Sure, they all go down the same assembly line and care is taken to make every one the same, but the net result is always slightly different.

Plumb a turbocharger into the mix and you get an amplification of those tiny differences. In the case of the “old” Suzuki turbo it could get as high as five or six ponies over the claimed numbers on some dynos. Kinda explains why some of those turbos were faster than others, doesn’t it!

With the new Yamaha 998 turbo, we suspect the same thing is happening. Some of our readers claim this engine is making 200-hp, about 20 horses more than claimed (180).

It could be, but we doubt the difference in a stock SideWinder is that much. Sure, there are some supposed credible dyno numbers reported that will swear truth to the fact this engine is putting out 200 dead-stock.

However, there are differences in dynos and Yamaha, ever conservative, does not want its customers feeling short-changed.

There may be one somewhere that makes that kind of power, stock, but we’re betting it’s an anomaly and most will average between 180 and 190-hp.