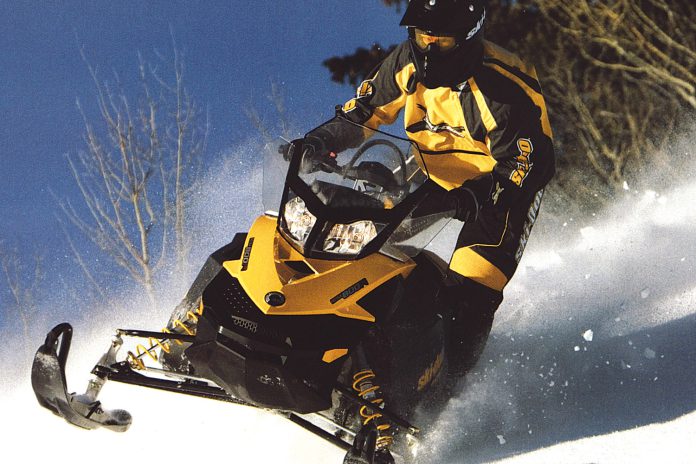 By 2009 the REV phenomenon had taken firm hold and if a snowmobiler wasn’t riding a REV by then, they certainly were riding a competing brand with rider-forward ergonomics.

The original REV had seated Ski-Doo in first place market share territory and its biggest problem was the marketing people felt owners might be growing tired of it.

In the works was an all-new REV that was going to take all the good of the old version and package it up in a sled that was lighter and more agile.

Ski-Doo claimed the new REV XP was going to be 50-lbs lighter than the former. To quantify that claim, the marketing department sent out 50-lb weights to members of the snowmobile media. It was an impressive claim and with an all-new bulkhead and ounces trimmed everywhere possible, the sled delivered.

Weight was a hallmark of the snowmobile industry in 2008 and everyone was convinced sleds should be lighter. It started a drive by all competitors to make claims they had pared down weight in their products.

Everyone’s subsequent designs were and still are planned today with weight management a priority, all because of the XP.

Here’s the kicker: Ski-Doo added-in an E-TEC 600 direct injection 2-stroke engine. This new-concept and completely revolutionary engine in this featherweight chassis simply put the competition in the rearview mirror.