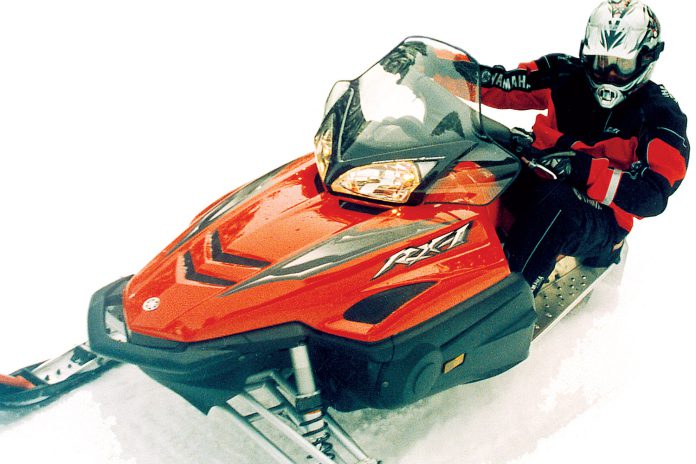 By 2003, snowmobilers were well aware EPA regulations were looming. Since the industry’s only solutions up to that point had been SDI 2-strokes (these did not completely meet the EPA’s standards for the end of the decade yet) and low-performance 4-stroke snowmobiles, many high performance riders were afraid for the future.

Amid much 4-stroke doubt and trepidation, Yamaha introduced its RX-1. What set it apart and raised the hopes of horsepower-addicted snowmobilers was its power.

Using a 4-cylinder, carbureted DOHC engine in an all-new aluminum chassis, the RX-1 defied the norm and produced convincing evidence a 4-stroke could be a viable performance snowmobile.

Perform it did – at least in top speed and acceleration. Although the RX-1 was disappointing in its handling and ride, out on a lakes against almost any other 2-stroke sled the RX-1 was truly formidable.

It was built like a battleship and not at all light but besides its power, had two undeniable things going for it: The sweetest exhaust note since the first Indy triple and jewel-like production quality.

The RX-1 set the competition back on its heels and sent them back to their drawing boards. The possibility of 4-stroke sleds capturing the performance market was suddenly a threat and the RX-1 started a rabid march into new territory.

The rest is history.