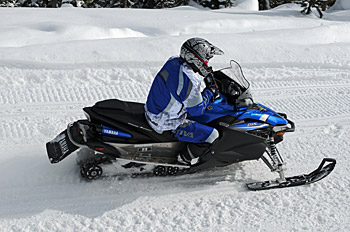 In early October we received a press release from the Yamaha camp stating that the Board of Directors of Yamaha Motor Co in Japan had decided to transfer all shares of Yamaha Motor Canada Ltd. to its American subsidiary.

This immediately prompted a flood of panicky emails to our inboxes from die-hard Yamaha owners questioning whether they’d be able to find a dealer inside of Canada any longer.

The announcement may have seemed fairly rigid and admittedly caught us off guard too so we decided to do some digging to get the necessary clarification.

After speaking with our sources at YMCA, we have uncovered the truth behind the announcement.

Turns out this is decision to transfer shares is simply to satisfy accounting and will have no affect on the outward function of the distributors on either side of the border.

Yamaha Japan continues to own both North American distributors (Canada and US) and the President in Canada still reports to the acting President right across the border.

We’ll continue to keep an eye on the topic, but are confident this announcement was nothing more than protocol to keep shareholders in the loop.