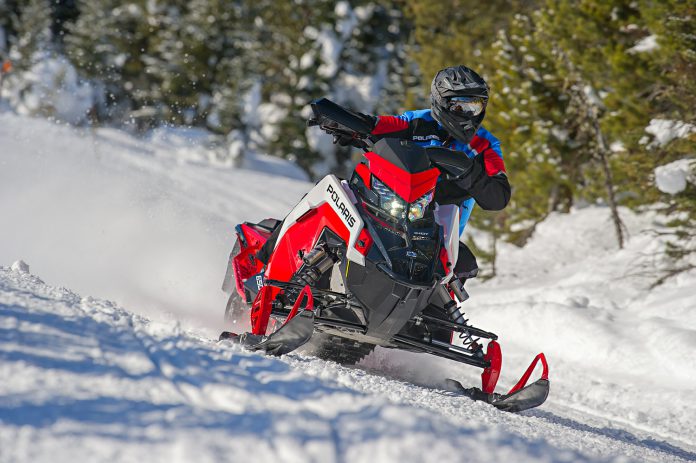 WHY NOT?! That’s our answer in two words. However you know we never stop at just two word explanations so let’s dive-deep into this question.

From ten thousand feet we’ll say this: It was way past time for a rejuvenation of the 600 snowmobile segment. What completely blows us out of the water is Ski-Doo missing this opportunity. I have to wonder if the development engineers at Polaris didn’t exhale a huge sigh of relief when Ski-Doo levelled the new 600R just two seasons ago. It was strongly rumored Ski-Doo might do the same thing to the 600 class it did to the 800 segment.

Let’s get this misconception out of the way. There’s been scuttle Polaris will leave snocross racing as a result of the intro of the 650 Patriot. This is bunk. Polaris will continue to build race sleds; albeit precious few race sleds are built yearly by any OEM as a result of reduced homologation thresholds.

No. The new 650 Patriot is way, way better than any 600 currently offered in the industry. It is faster, more powerful and produces better trail torque and mid-range response. That includes Ski-Doo’s 600R and Arctic Cat’s much loved 600 Dual Stage Injection (DSI) 600.

A very satisfying spin-off benefit of the new 650’s pedigree linkage to the Patriot 850 is the same proprietary engine mounting system that eliminates the use of the universally problematic torque stop. If the new 850 Patriot is smooth then the new 650 is a hot knife through butter. This is the new standard for engine vibration management.