Which Sled Will Be Next Season’s Biggest Hit? 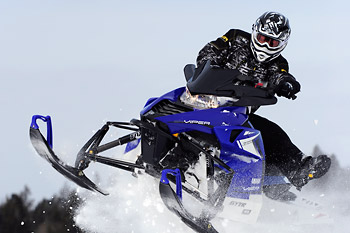 If you’ve voted or checked our poll results on this website, you likely have a pretty clear idea of which all-new sleds will be the biggest sellers next year.

Despite what the poll is telling us, since we’re gamblers at heart, we have a few contrary opinions.

The poll says (think of this as “survey says” from Family Feud) the new Yamaha Vipers will be the biggest sales success next year.

Yes, we would have to agree here and 44-percent think this to be true. We don’t think the numbers will be that high compared to say the number two finisher, though.

Poll says Arctic Cat’s new El-Tigre 6000 with its DSI 2-stroke comes in second with 26-percent. This is a pretty substantial prediction in that the El Tigre is only offered in one version, a 129-inch platform with the optimum suspension package at probably a fairly heavy cost.

Also, you have to realize, tempering this, the 4-stroke market has not historically been as big a market as the 2-stroke. These things all come into play.

When you look at the bottom rung of the choices, the Polaris Indy 800, offered in only one model variation captures 15-percent as does the new Ski-Doo ACE 900 in all its variations. This is significant but we think it’s inaccurate.

We think the ACE will score second behind the Viper line – perhaps because of the multiplicity of many different models with the new engine. This would place the Indy and the El-Tigre closer together but with a higher percentage for both.

Despite the poll results, here’s where we predict the order will go with sales of new models:

If you haven’t voted yet, there’s still a chance to do it. Click on and vote now.