WHAT’S NEXT IN SNOWMOBILING 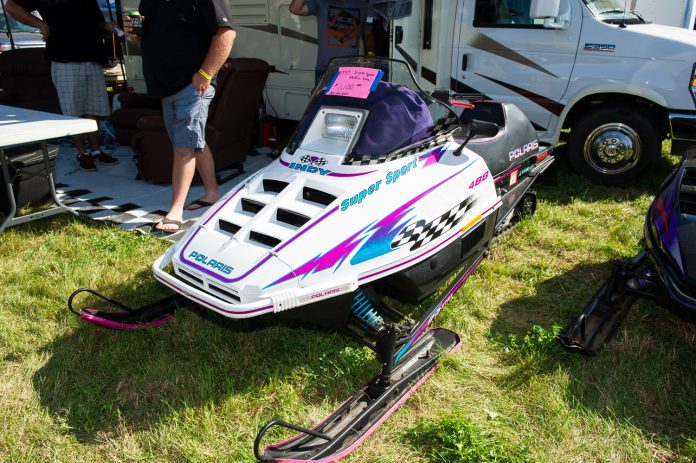 Here’s where we’re at right now. I’ve spoken with OEM dealers all over our part of the sno-mo-world and what’s going on is unprecedented.

Not even the snowiest year followed by a mega-early fall snow season has ever generated demand like we saw in December, 2020. Dealers are sold out of new sleds to the bare walls. They are also sold out of late model used iron. If you scan your local Buy and Sell or other online powersport advertising entities you’ve probably laughed at what private sellers are asking for used sleds. Take note – the good ones are getting silly cash.

Frankly, the market right now is nuts, gonzo, yes, even ridiculous. If your dealer gets another load of new sleds don’t expect the unsold units to sell for anything less than full MSRP. You might even see prices over MSRP. Like I said, unprecedented times.

Here’s your thought for the day. If you’re an OEM do you continue to push hard on your Engineering and Innovation Departments for new technology and class breaking new models and engines? Do you keep the throttle wide open on included features and focus on increasing the value of your sleds?

Or do you bask in what seems like this bottomless, COVID-generated-demand for stay-at-home-this-winter recreational vehicles. What we’re seeing in the biz this fall and early winter played out all summer in the ATV, SxS and PWC marketplace (as well as marine, motorcycle and RV). Specifically, let me speak to the PWC, ATV and SxS marketplace.

Where we live and operate, these powersport products were selling at full pop retail and higher all summer long. Simply put, people are serious about their recreational time. Let’s say it this way, people work to play and this year they had more money in their jeans because of COVID travel restrictions to their fave warm weather holiday destination.

Clearly, people are buying more powersport equipment than ever before. Are they buying (actually “did they buy”) new sleds this fall because of ground breaking, whiz- bang innovations? I don’t think so.

I suspect they bought new and used snowmobiles in record breaking numbers because they want to vent pent-up cabin fever and recreate this winter, just like they wanted to recreate this past summer using motorized equipment.

If you’re an OEM you have one calling right now: Get more product to your dealers who are literally screaming for sleds. We’ve heard some rumblings OEMs are dabbling with a “second build” of sleds before next spring’s early-order season begins.

Seriously, we get it. Why worry about next season’s early orders right now? Get more sleds into the pipeline and grow marketshare on the strength of this unprecedented demand for snowmobiles. Crank up those production lines and lean hard on OEM vendors to get building again – right now. If you can, build more 2021 sleds.

If this is what is going on, then don’t expect much in the way of innovation, or even new colors and graphics for a late season build. There may be as much as another 6-10 months of travel restrictions and even then it’s questionable how quickly people will willingly line up to sit next to a coughing, sniffling passenger headed for the Caribbean.

Demand for next spring’s build of PWC, ATV and SxS vehicles is already bullish. Expect the OEMs to generate heroic-sized production runs of these products beginning early in the new year.

Will the OEMs approach this once-in-a-lifetime opportunity to sell big numbers to the bare walls differently from a product perspective? Will innovation slow as production increases?

Dunno, but it’s going to be interesting watching this play out over the next few months.