WHAT IS ARCTIC CAT UP TO? 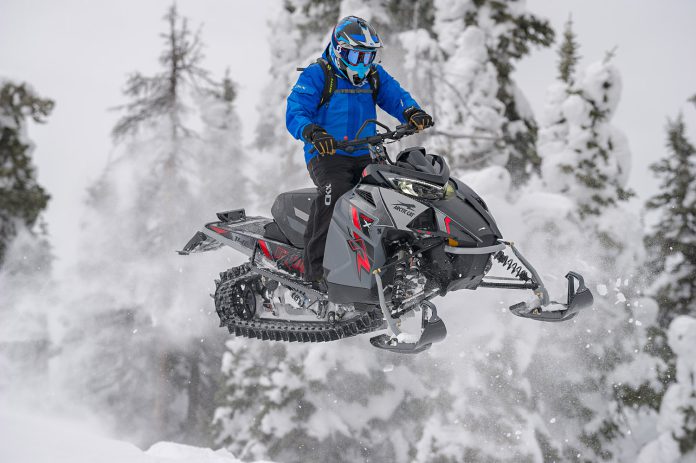 Talking to Arctic Cat owners recently is like looking into the eyes of a human question mark!

There’s absolutely no doubt there’s a lot of love for the brand – and that attitude is completely justified.

Cat has been dealing out winners lately and sleds like the Mountain Cat line and the RIOT Series have proven to be way more than just competitive. The newest 800 2-stroke using Semi-Direct Injection is both clean and surprisingly powerful. The 4-stroke 9000 series is… well… pretty darn incredible!

Then there’s the Blast line-up. Cat has covered some serious bases here with both pricing and enough variations to cover a lot of the gaps in the marketplace.

It looks like the company is on a roll – at least with what it’s offering product-wise.

Suddenly, there’s a weird decision in a lawsuit that stifles Cat from selling the majority of its sleds in Canada. Arctic Cat had already been to US court on this and had gotten an “all-clear” on selling there. You’ve no doubt read all about it – especially if you happen to be an Arctic Cat buff.

So where does the company go from here?

We think Arctic Cat has had a new chassis design in the works for several years. It doesn’t take a rocket scientist to figure out the company could see the writing on the wall that its spar design (for lack of a better term, pyramidal design) was under legal attack from the competition and in fact had been undergoing court challenges for a considerable time.

Knowing how snowmobile engineers react, we’re absolutely positive there have been numerous Cat prototypes being tested without the spar design, likely since the middle of the previous decade.

Is it possible to build a decent snowmobile chassis without using pyramidal structure? Just ask yourself if the Polaris Indy works as good as a Ski-Doo G4. Most who have ridden both, feel it works better.

From a handling perspective, Polaris snowmobiles have been the leader for several years – and that doesn’t just mean better than Ski-Doo; it also means Cat.

The fact is, the pyramidal design may not be the ultimate way to design a snowmobile platform. Not sure about that, but it’s worth considering – and the Polaris design seems to be proving it.

What we’re saying is this: Here’s an excellent opportunity for Cat to introduce a new way to build a snowmobile. Knowing many of Cat’s engineers personally, I’ll guarantee they aren’t just throwing up their arms in frustration and saying it can’t be done!

The fact is, it likely already has been done – and the company’s marketing department has simply been waiting for the right time to introduce a new and more legally acceptable Arctic Cat platform.

That timing may have been moved forward but you can be sure those chassis geniuses in Thief River Falls have been on it a long time!

Supertrax Onlinehttps://www.supertraxmag.com
Check back frequently for new content and follow us on social media!
Previous article5-STAR SLEDDING IN CHARLEVOIX
Next articleWILL POLARIS EVER RACE ITS NEW 650?