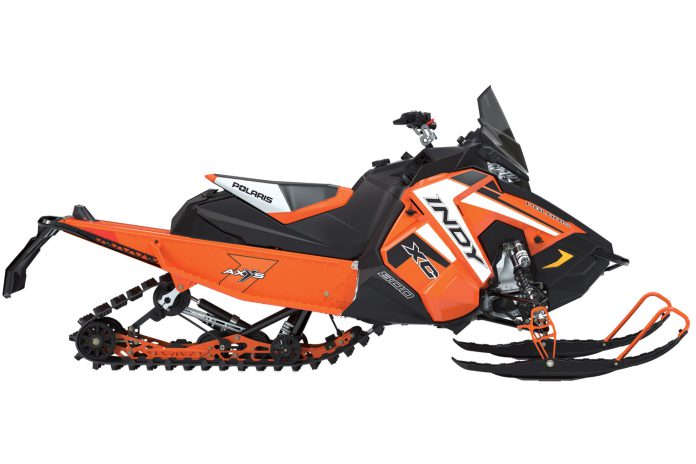 If you were planning on finding a new Indy with an 850 Patriot under the hood this late in the season: Good luck; they sold-out like Kool-Aid at a Tabasco sauce convention!

The good news is there are still some Indys out there that were likely passed over in the first wave of enthusiasm for Polaris’ new platform. Your new Indy 800 is alive and well at your local dealer and may be waiting for you to make an offer for it.

Granted, the mystique and enthusiasm is smeared all over the 850 Patriot, but the 800 is still a great engine and, in this new chassis, adds up to a very exciting combo.

Fact: The 800 twin was a very strong runner last year in the RUSH and with the added lightness of the Indy and some extra track (the RUSH used a 120-incher and the new Indy has a 129), the combination of traction and power-to-weight is pretty appealing.

The 800 is very fast, is a super-proven entity and has a very good reliability reputation, too. It might also be true there were a number of potential buyers out there who were waiting for a shock-in-skid style sled from Polaris and flat-out don’t care whether it’s the fastest sled in the brochure.

You may be surprised that not everyone who buys a big-inch snowmobile buys it because it’s the most dominant one in the stable. They buy it because of its meaty powerband, strong throttle response in trail situations and don’t care if it gets the checkered flag every time at the end of the lake. Shocking, isn’t it?

That buyer profile actually fits 600cc buyers pretty well. The 800, however, just amps up the fun more – a lot more!