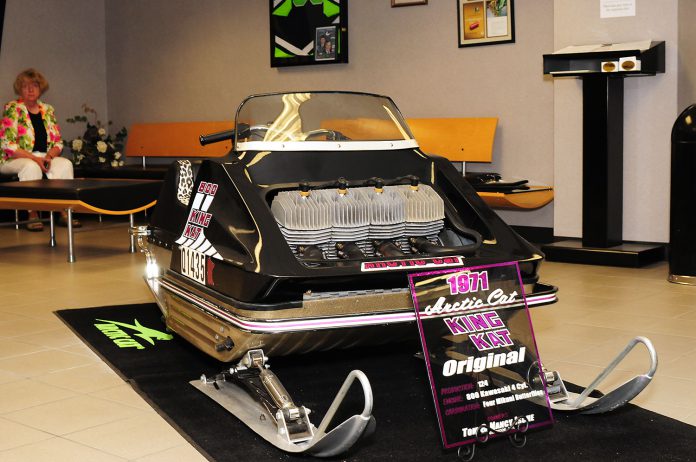 This one is a bit fuzzy because, in our opinion, all of Cat’s offerings in this period had great bones.

The company had always put performance first and really hadn’t built any ugly sisters throughout the 1960s and 70s. Sometime in the ’70s Arctic Cat went exclusively to Kawasaki-supplied engines.

So, why include the pre-1976 Arctic Cats on this under-achiever list? Here’s the rub: Although the chassis design was excellent and often ground-breaking, Cat chose an engine supplier that failed to deliver reliability.

Yes, we’re talking about the Kawasaki years. Those otherwise excellent Arctic Cats were plagued by engines that disintegrated and spat out crankcase seals like used-up chewing gum.

We’re not sure what happened with the original design of those engines because Kawi has always had a pretty good reputation for building strong, reliable powerplants – but in this application it became a problem that took a few years for Cat to overcome.

Eventually, the company completely dumped Kawasaki and went to Suzuki for its engines. After 1976, those Suzook powered models were bulletproof and soon re-established Cat’s reputation.

This is one of those manufacturing nightmares difficult to control when you’re farming out major components. It also underscores how adapting other forms of technology like motorcycles to snowmobile use, doesn’t always work.

Supertrax Onlinehttps://www.supertraxmag.com
Check back frequently for new content and follow us on social media!
Previous articleSki-Doo Summit 850 Turbo First Ride Impressions
Next articleUNDER-ACHIEVERS FROM THE PAST: 1989 SKI-DOO MACH 1