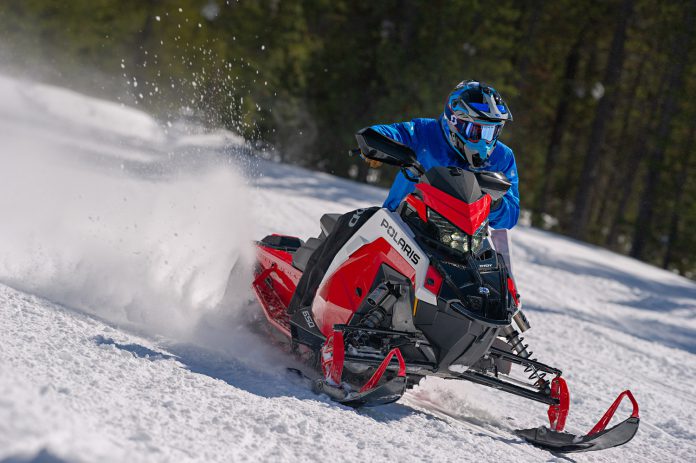 As we move into the next decade of snowmobiling, there are always predictions as to what snowmobiles will look like ten years down the road.

A couple of factors probably will and perhaps should be taken into consideration by snowmobile OEMs. One is the ongoing work of the EPA to get things that are already environmentally clean, cleaner.

It’s been a long time since the EPA conformity deadlines passed for snowmobiles but that doesn’t mean our sport is no longer under the microscope.

In the automotive world we’ve seen the rapid onslaught of hybrid and all-electric vehicles and as their development evolves, we could realistically imagine a time when these types of cars and trucks dominate showrooms.

Whether or not this new direction would have some effect on the sno-mo-world remains to be seen. However, it could pay big dividends to a snowmobile manufacturer to be experimenting with different or modified versions of what we already have.

What are we talking about? If the Guv decided to tighten standards further than they are, what would be a logical direction for the industry to take in order to maintain the performance appeal of a snowmobile – all while using less fuel, producing less emissions and maintaining similar ergonomics to what we’re all used to?

One proposed solution is to utilize smaller displacement engines that produce similar or better power. This has worked in the automotive world and you’ve no doubt noticed the number of cars and SUVs that once were powered by 6 or 8-cylinder engines now using turbocharged I-4s.

Here’s a thought: What if the industry developed much smaller, lighter turbocharged performance 2-strokes displacing somewhere around 350-450ccs, all while maintaining high torque output and horsepower in the 110-120 range?

There’s more to this line of thinking than meets the eye. Since the auto industry has already proven smaller displacement engines can satisfy customer expectations for sufficient power – and gain a significant advantage in fuel consumption (burning less fuel also means less air pollution), maybe future engine development should focus on this strategy – before we’re legislated into it.

Yes, there are hurdles. For one, any weight savings using a smaller engine would likely be offset by using a turbo. Can’t argue that point. However, if a smaller displacement engine could be used (the example here is less than half the displacement of an 850) gas mileage could be a huge factor and a smaller onboard gas tank could be reduced in size while allowing the rider to travel the same distance.

Let’s suppose you could go from a 12-gallon tank to an 8-gallon one and reduce onboard fuel weight. Since one US gallon of gas weighs about six lbs., that would be a reduction of about 24-lbs – and the tank would be dimensionally smaller, possibly allowing it to be placed more advantageously in the chassis.

The three heaviest things on any snowmobile are 1. The rider 2. The engine and drive system and 3. The fuel. With automobiles, cleaner and more fuel efficient has to do with the size of an engine and the weight of the vehicle. As for the rider, dieting might be the best solution!

Supertrax Onlinehttps://www.supertraxmag.com
Check back frequently for new content and follow us on social media!
Previous articleTHINKING THROUGH A POLARIS 4-STROKE
Next articleTHE JOY OF REBUILDING