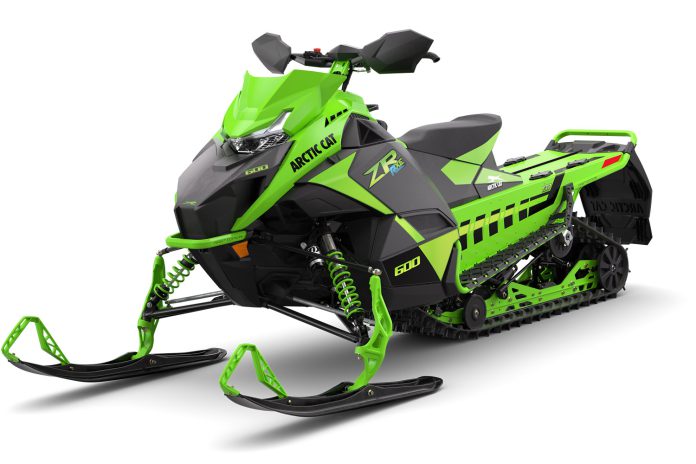 Again this year it was a momentous early-September Minnesota Hay Days. The crowds looked typically gargantuan while exhibitor counts were still, post COVID, a little down. All in all, the annual pilgrimage of thousands to the Sno Baron’s Hay Days facility was absolutely worth the effort.

Here’s what I feel was the most important event at this year’s Hay Days. Arctic Cat’s unveiling, an entire year ahead of a production model arrival, of its new Catalyst platform. Why do I believe this was an important move?

Pretty clearly by everyone’s estimation, including open admission by the Arctic Cat Engineering and Marketing teams on site, the company has been taking it on the chin the past two seasons. The legion of green-under-wearing faithful has been extremely vocal about their dislike for what AC has been doing to their dealers and not doing to their beloved snowmobiles.

Again, to its credit, the Thief River Falls team got in front of this reality at Hay Days. Let me tell you, it was both smart and refreshing to hear them be 100-percent transparent with the crowds who jammed in to witness the unveiling of the first all-new Arctic platform since 2012. To be clear – there is lots new on the Catalyst.

The sled’s arrival speaks volumes about the continuing viability of Arctic Cat snowmobiles. The new Catalyst represents a multi-million-dollar investment in the new sled and the associated technology it brings with it. Textron must have blessed this investment by the TRF braintrust because the cash didn’t come from a piggy bank. This entire project speaks to the mentality the snowmobile purchase cycle runs on. An arguable 11-year silence (as far as a new platform goes) from TRF is at the root of Arctic’s market share numbers.

The Hay Days intro of the new Catalyst platform breaks with all known traditional product launch timetables. In an effort to prevent obsoleting current 2023 product, this new sled normally would have been kept under wraps until at least January with a top-secret press-only intro and then a complete consumer unveil for early Cat Cash spring orders in March.

The fact AC ignored longstanding traditions tells me a couple things. First, the Cat cognoscenti are listening to the noise coming from the faithful and don’t want to upset them to a greater degree than they already are. Frankly, if you bleed green you have good reason to be optimistic about the future of Cat.

The only way Arctic Cat could effectively stem the tide of swing purchasers moving to other brands was to do precisely what it did – show the new stuff now. If the existence of a new chassis sends some current buyers back to their dealer for a refund, so be it. As it sits right now Arctic Cat is experiencing the beginning of a momentum shift like it hasn’t seen in at least 5 years. The new Catalyst is not sizzle – it is steak. I am stepping out in faith that when we get to pull the trigger on this chassis it will be as good as AC says it is and work as well as the innovative technology it possesses promises.

Having reported all these good things, there are a couple realities still to be navigated. If you were paying attention at the Hay Days intro you will remember the three Catalyst models unveiled were – a ZR 137, a RIOT and an M-154 – all powered by the familiar (and effective) Dual Stage Injection (DSI) 600cc domestic-built, 2-stroke twin.

There is not another Catalyst engine option available for the 2024 model year. Common sense would dictate there has to be another power option in the works. At Hay Days, AC did say there’s a “bigger engine” on the way in 2025.

Hats off to Cat’s Thief River Falls team for getting in front of the core issue that has been contentious and frankly, not productive for the company. Specifically, the issue of no new product for too long. I believe Arctic Cat is definitely on the right track. Stay tuned.