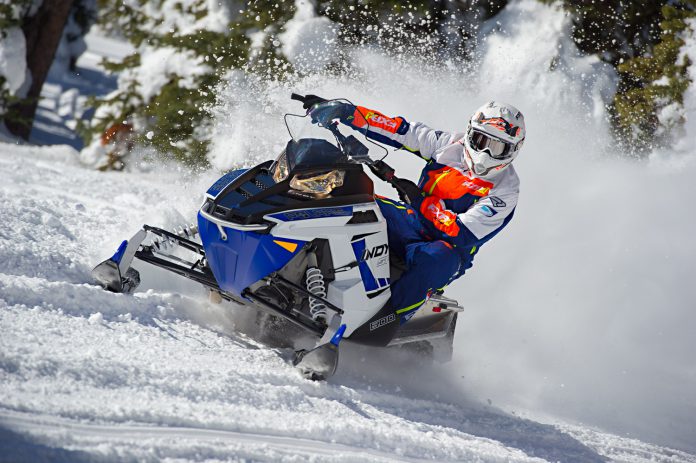 We’ve been speculating for a couple of years now whether Polaris will create a new-generation Indy anytime soon.

The success of the Assault 144, built on the AXYS platform is a strong argument a new Indy could have it all.

The Assault 144 has proven you can have a great riding shock-in-skid Polaris with all the lightweight benefits of AXYS. We can’t help but think it would be a no-brainer to apply the same tech to a new 129-inch Indy.

However, would that be enough to grab the wallets of the snowmobiling masses? Good question.

Certainly, there are a number of potential customers out there who love the handling, looks and lightness of the RUSH or 137 Switchback but can’t get their minds around those sleds’ unconventional Pro-Ride back ends.

Let’s face it, there are shock-in-skid systems that work pretty darn good and some of those RUSH shoppers are too easily migrating over to Ski-Doo and Cat.

Don’t get us wrong, we’re not saying this is the end of Pro-Ride. Nope, Polaris has evolved this suspension to near-perfection and there are thousands of converts who swear they’d ride nothing else, period.

We think one possibility may be the above-mentioned changes to the Indy but the Indy could become Polaris’ new 4-stroke chassis. Don’t stop reading yet; here’s the logic:

Polaris sells a ton of work-duty Indys with 550 fan-cooled engines in them. The competition has pretty much gone to small displacement 4-strokes like the ACE 600 and Kymco 700 twins for this segment and it would make the Indy a unique offering for Polaris with combined models accounting for significant volume.

If the same principle was applied to a turbocharged 4-stroke Indy for the performance market, we’d be real happy about that, too.

Kent Lester
Kent Lester is Co-Publisher of SUPERTRAX Magazine and a regular contributor to this website.
Previous articleTHE NEW TRACK LENGTHS
Next articleSKI-DOO’S NEXT 4-STROKE