THE GOLDEN DECADE: THE POLARIS RUSH 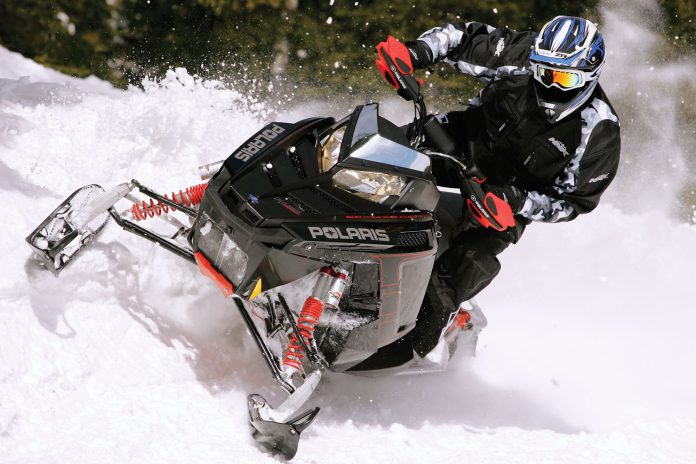 The RUSH, with its Pro-Ride external shock back end, gets its own category for the Golden Age because it, like the original REV, established a benchmark in the industry.

In late 2009, the RUSH concept shifted the paradigm that had long-since established a snowmobile should be built a certain way, with a shock or two inside the skid. Up to this point, it had looked like there was just no other way to build a snowmobile.

As it turns out, a rising rate response to bumps is not always the best response unless you’re a certified ditch banger. Nonetheless, the Pro-Ride suspension and the RUSH’s unique, indestructible cast aluminum bulkhead assembled – using of all things – glue, and over-arching mid-chassis design brought the focus back to Polaris in the Golden Decade.

Polaris proved you could be successful with a non-conventional chassis and yet still deliver the goods snowmobilers want.