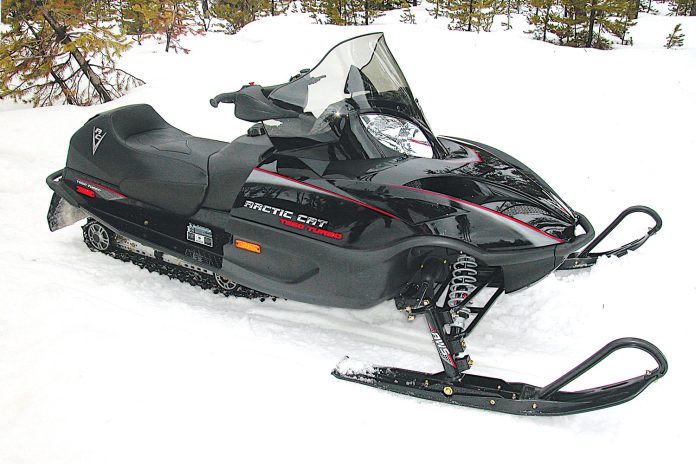 We want to specifically drill down on turbocharging as a key marker in the direction the biz shifted in the Golden Decade.

Arctic Cat was first to turbocharge a production snowmobile – the T-660 Turbo in 2004. It produced 110 ponies from a miniscule, Suzuki-built 3-cylinder car engine. Packaging issues had the turbo located up high behind the windshield where it glowed bright red on long pulls up Kevlar Lake.

The engine demonstrated profound turbo lag. Despite this challenge the 660 was a riot to ride. The surge of power the engine generated when the turbo slapped the little 660 in the face with almost 20 pounds of boost was heroic.

Not to be outdone, Polaris added a turbo to its Weber-built, even firing 750 twin in 2005 and came up with a really fast IQ that debuted “overboost” technology to achieve what was a rumored 140-hp. While the initial intro of the Weber turbo experienced reliability issues, ultimately the sled was debugged, and many are still in service.

These three sleds opened the door on factory turbocharging and, as we all know, the rest is history.