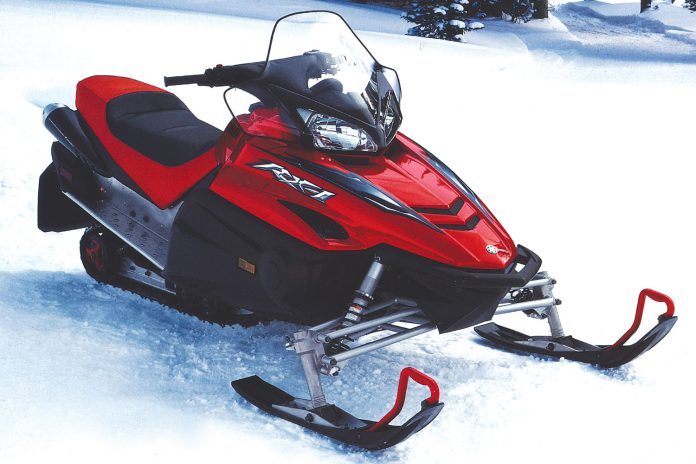 Although 4-strokes sleds had begun to change market perceptions at the beginning of the decade, no one was taking them seriously until the manufacturers offered exactly what snowmobilers wanted. Simply, it was all about power!

The Yamaha RX-1 was introduced to the marketplace in MY2003 and its straight-line performance was extremely impressive. Right away, the sled could out-accelerate the formidable SRX 700.

Although its handling and ride were suspect, the sled was fast and soon gained an impressive reputation as a performance sled. Soon to follow was a non-turbocharged 4-stroke triple making about 125-hp for the Vector.

Not to be outdone in the 4-stroke market it had birthed, 2004 saw Arctic Cat debut a turbocharged version of its Yellowstone Special, the T-660, gave it some attractive paint and graphics and put it into the 110-hp range.

The sled had a lot of turbo lag but was an absolute blast to ride and soon became very popular. Conversions of buyers from 2-stroke to 4-stroke were becoming more common.

By 2005, Polaris had revealed a truly fast turbocharged twin, put it into its latest IQ chassis and had a sled that could eat a lot of 800 2-strokes for lunch.

By the end of the decade, 4-strokes were regarded as a truly viable alternative to 2-strokes and many strong performing 4-strokes, either naturally aspirated or turbocharged, were offered.

Although always heavier, they overcame that slur and grew a solid following as ride and handling improved.