THE FUTURE OF TURBOS 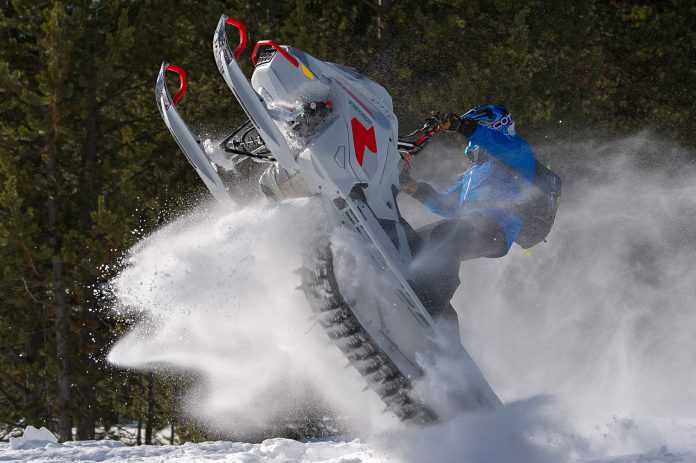 This is a question we’ve been asking around Supertrax headquarters for a couple of years now.

It’s interesting how turbos have become a staple of the snowmobile industry for about a decade – and their use on 4-strokes has become expected and accepted by the market in a big way.

Sleds like the original Arctic Cat 660 Turbo, late 2000’s Z1 Arctic Cat Turbo, Yamaha SideWinder, Polaris IQ Turbo and the Ski-Doo 900 ACE Turbo have been around a while and there’s no doubt the market is fascinated by the kind of power and torque you can get from sleds of this ilk.

Strangely, in the big picture, reliability hasn’t been much of a problem.

Ski-Doo has opened up new avenues of thought by actually going into the turbocharger manufacturing business and producing its own line of turbochargers for the PWC and ATV biz as well as for the 900 ACE snowmobile engine.

Frankly, this kind of investment can only mean one thing: There will be more Ski-Doo turbos coming in the future.

One harbinger of what’s to come is the application of a turbo to the 850 E-TEC 2-stroke in the Summit late last year. It’s the first of its kind and poses some interesting possibilities.

What possibilities? How about the introduction of medium displacement 2-strokes that can make the same power as big-inch 2-strokes. How about turbocharged 500cc 2-strokes that produce 160 ponies? There would be significant fuel savings at play and even with a beefed up bottom end and increased weight from a turbocharger and its plumbing, these sleds could still be light.

The torque upgrade from using a turbo on a small engine would make it feel very similar to a big-inch cousin at trail speeds. Maybe the extra torque generated from a small displacement turbo-2-stroke would actually exceed that generated by an 850.

It’s inevitable that fuel costs will continue to rise over the next ten years and the EPA will be focusing on the low hanging fruit of the recreational vehicle industry to “save the world” just like it did from MY2000 to 2010.

Thus, the automobile industry has relied on turbocharging to power small displacement 4-cylinder engines in lieu of V8 and even V6 powerplants.

What makes us think the snowmobile industry is exempt?

There is one caveat the engineers will need to deal with. Apparently, turbocharged 2-strokes do not currently meet EPA standards for certification and Ski-Doo has had to use EPA credits to get its turbocharged Summits into showrooms.

This could mean a trail-based 2-stroke turbo MX-Z would need to use a catalytic converter in order to be clean enough to certify.

That’s only a possibility if the creative minds at Ski-Doo don’t come up with another idea – and I wouldn’t bet against them!

Mark Lester
Mark Lester is Co-Publisher of SUPERTRAX Magazine and a regular Host on SNOWTRAX TV.
Previous articleBEST 10-YEAR-OLD SLEDS: RENEGADE 600 OR 800
Next articleTHE MYSTIQUE OF A LONGER TRACK