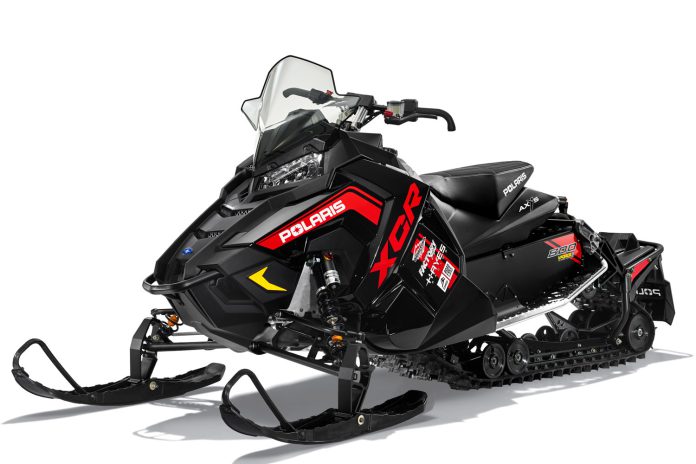 The battle for the annual SnowTrax Real World Sled of the Year laurels continues to intensify with the last two seasons witnessing almost dead-even heats between the two finalists.

Once again it was the hardcore staff at Supertrax Media and SnowTrax Television scoring the sleds across 18 categories of evaluation for the snowmobile industry’s ultimate award.

Interestingly, this year’s nominees were all, without exception, 137-inch models, indicating just how quickly the industry is moving to longer track lengths in top performance sleds.

Voting was exceptionally tight, requiring staff voters to spend extra time weighing the strengths and weaknesses of each of the nominees.

When push came to shove it was the Polaris XCR Switchback 800 HO carding the winning votes sending it to the top of the Supertrax Media podium for the 2018 Real World Sled of the Year Award.

It cannot go unsaid this year’s result was again as close as we have seen with the Ski-Doo G4 Renegade 850 XRS literally neck and neck in the voting with the Polaris Switchback XCR.

In the end, the XCR prevailed largely due to its inimitable handling prowess and high-speed ditch-banging demeanor.

The XCR is marketed as a hardcore sled for discerning riders and this cannot be overstated: The XCR rules terrain with its sophisticated, fully adjustable Walker Evans shocks and the continued supremacy of the AXYS platform’s variable castor, double A-arm IFS.

While the G4 is unquestionably the technological leader in the industry, the inherent goodness of a design delivering legendary handling performance at the limit, prevailed.

While the G4’s rMotion skidframe takes plush to new levels, the Polaris Pro XC delivers amazing control and stability when the sled is pushed to its limits.

Brake performance was also universally praised by the Supertrax Media staff. The Polaris jackshaft-mounted caliper and Hayes master cylinder provided what some testers called the best feel and depth of modulation among all OEM braking systems.

Congratulations to Polaris for winning the Real World Sled of the Year competition in model year 2018.

Supertrax Onlinehttps://new.supertraxmag.com
Check back frequently for new content and follow us on social media!
Previous articleTHE NEXT BIG THING IN SUSPENSION
Next article2018 Real World Sled of the Year