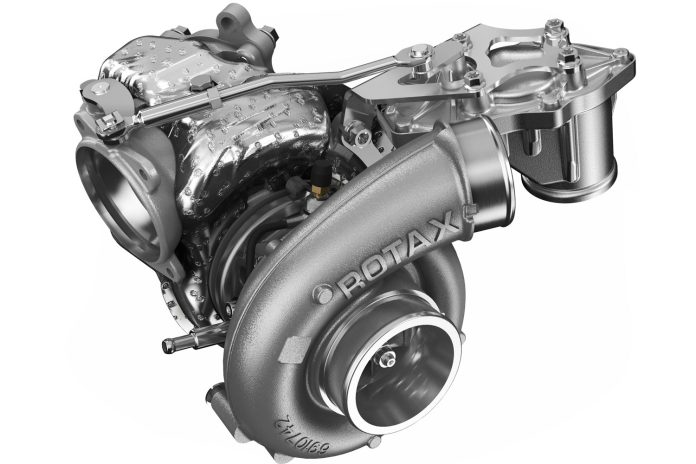 The most asked question so far this year is this: “When will Ski-Doo drop the new Summit turbocharged 850 into a trail sled?”

Let’s take this one piece at a time.

Here’s what I mean. It’s generally accepted naturally aspirated (non-turbo) 2-strokes lose between three and five percent of their power for every 1000 feet of altitude above sea level. This rudimentary calculation presents an interesting argument. If true, at 10,000 feet elevation there would be no horsepower. Let’s not get into that. The new Rotax 850 turbo does not lose HP as it climbs.

It’s a simple product of air density. Air is thinner (less oxygen) the higher you climb and less dense air makes smaller explosions when it’s sucked into a cylinder and lit off. However, if you pump air into a cylinder at altitude you can make an engine think it’s at sea level. The Ski-Doo 850 turbo 2-stroke is programmed to do exactly that.

Okay. You’re thinking that’s all fine and good but why not build a Mach-Z 850 turbo and turn up the boost to produce a nice round horsepower number like, say, 200?

Obviously a sea level 850 Ski-Doo does not need a turbo to produce 165 HP. While I’m convinced a 200 HP Rotax turbo 850 2-stroke could be built, the cost to do so versus the return in sales might not justify it. The 850 twin would likely have to undergo a complete top to bottom beefing up: Rods, crank, pistons and maybe even cases.

Today’s high output, low weight snowmobile engines are built to optimally deliver a specific amount of peak HP reliably. Exceeding the designed output could have a negative effect on reliability.

There is undeniably a contingent of diehard, yellow underwear turbo groupies who are crowing for Ski-Doo to power up what would amount to a new lake shredding “Turbo Mach Z”, fastest production snowmobile. We understand their predisposition for max power. In fact, we might actually agree with them.