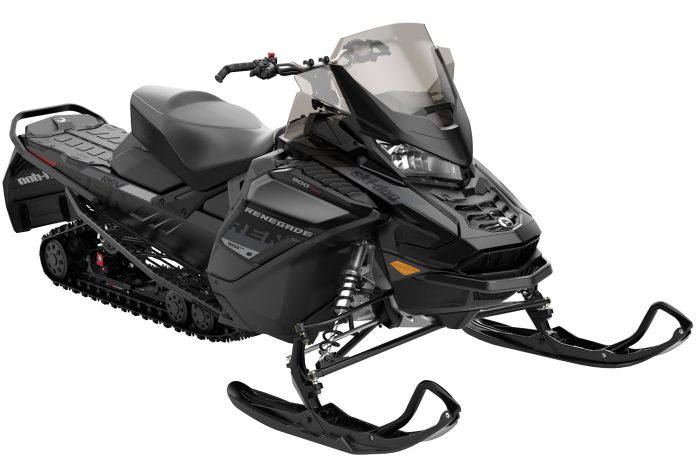 This season Rotax pulled the sheets off a completely new ACE 900 equipped with a Rotax-built intercooled turbocharger producing 150-horsepower. Clearly this new engine is what a legion of 1200 Rotax diehards have been waiting for.

Ski-Doo has made it clear the ACE Turbo is not in competition with Yamaha’s turbo. It is the next step in performance for the 1200 Rotax buyer. To this end, we would agree, the 150-hp ACE Turbo is a perfect fit. However, inevitable comparisons will multiply this winter.

To get to the 150-horsepower level from an engine producing arguably 95-hp without a hair dryer stuck in its throat, requires more than subtle tweaking. The Turbo gets bigger, stronger rods, stronger pistons and different valve timing from its twin overhead cams.

The turbocharger itself is mounted close – we mean really close – to the exhaust ports. In fact, the turbo unit is actually an integral part of the exhaust manifold. This design trick is targeted at reducing lag and keeps a highly pressurized charge in the intake runner that enters the intercooler then encircles the engine connecting to the intake plenum on its back side.