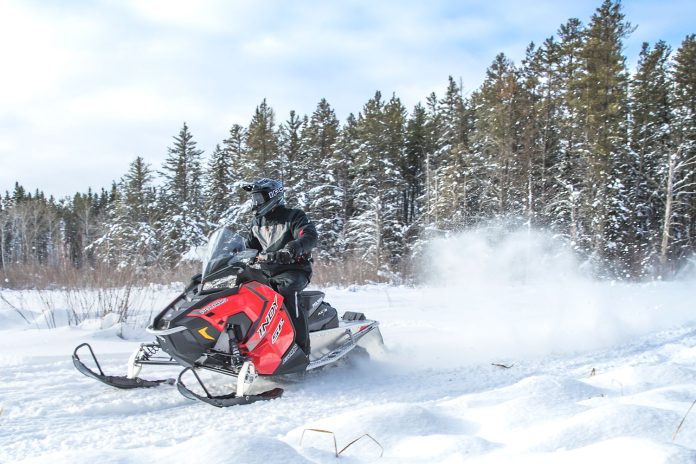 One of the most popular snowmobiles in the history of our sport has been the steadfast Indy 500.

It began in the early 1980s with a triple cylinder powered Indy 500. That premium model (at the time) eventually evolved into an Indy 600 triple and then a 650.

It wasn’t until 1989 the Indy 500 moniker hit its stride. This time, Polaris came with a 488cc Fuji-powered, twin cylinder version that hit the ball out of the park. Ensuing Indy 500’s were introduced for at least the next ten years and all of them were big sellers. Some reports tell us the Indy 500 was the biggest selling snowmobile model of all time.

Obviously, there’s some kind of mystique about that engine size, the Indy 500 monicker, that power output (those 1989s and later made about 85 hp).

We think a lot of it has to do with price point. The Indy 500 offered great handling, relative lightness and good power at a price that captivated consumers’ wallets.

Now that the Indy platform has been re-introduced, we’re wondering if there’s an AXYS-based version coming soon. Certainly, the 600 SP comes close to filling the bill, but what about an Indy 500 with gas cell shocks, a few less bells and whistles, a 120-inch track and a resurrection of the displacement size that was so popular for so long?

If Polaris played its cards right and priced a 500 reasonably low, it would be the only sled of its type in the marketplace and would fill the needs of first-time buyers or those looking for a really fun second sled – just like the good old days.

Maybe a bigger question is: “Has the market moved on and is the once super-popular Indy 500 no longer something snowmobilers would want?”