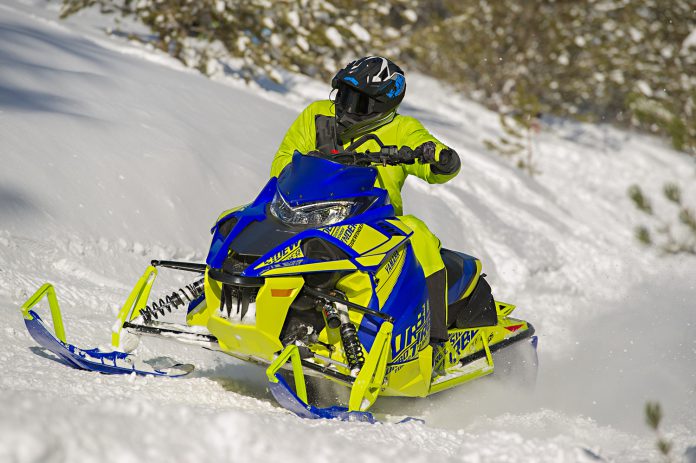 All four snowmobile OEMs, Yamaha, Polaris, BRP and Textron, are in both the ATV and SxS business in a big way.

It’s hard to deny both entities have an influence on one another. Here are some of the ways the snow and off-road venues overlap.

Several engines are being used in both snowmobiles and SxSs in a big way. This kind of overlap didn’t exist a few years ago. Today, you’ll find Yamaha’s 998cc triple in both the YXZ, in naturally aspirated form with a gear-on-gear tranny, and in the new Textron Wildcat XX using a CVT.

Also, the same 900 ACE triple found in many 2019 Ski-Doo models is used in turbocharged form in Can-Am’s Maverick SxSs.

Textron uses a Kymco 700cc twin in the downsized Wildcat Trail and also in its ZR 3000 snowmobile series.

It’s hard to believe that with current economies of scale and the money needed to develop and EPA-approve new engines, there won’t be more applications for crossover between the two venues when any new 4-stroke is being considered for production.

The same shock suppliers make dampers for both snowmobiling and off-road use. One notable application has been Fox’s QS3 3-position shocks. This technology has caught on with equal enthusiasm in both off-road and snow and is a big perk when shopping new models.

Another common development is the use of active suspension systems like Polaris’ DYNAMIX setup used on the RZR 1000 that virtually anticipates terrain while you’re driving over it and auto-adjusts damping to correspond to it. Cat’s iACT system works in a similar fashion, and although it is not completely active, is getting mighty close.

We’re wondering if a fully active suspension like DYNAMIX may be coming in the near-future for snowmobiles now that it’s been so successful in the RZR. It’ll be interesting to see how snowmobilers react to a full season with iACT.

Electronics, particularly cockpit electronics like dash gauges, displays and multi-function programs for relaying info to the driver, may be the next breakthrough.

Although the snowmobile industry may be a slight lick behind what the off-road industry is asking for, you only need to go to an automobile dealership these days to see what’s available.

Bluetooth, wireless phone charging and GPS are only a few of the things capturing the minds of potential buyers right now.

One auto dealer told us that one of the single biggest influencers of making sales to the twenty and thirty-something age group is not engine power, performance or comfort features – it’s the ability of an owner to utilize all the electronic crossover features of a smartphone and the vehicle they’re driving.

Look for a lot of electronic advancement in the future as a result of this mindset.

Kent Lester
Previous articleRETURN OF THE INDY 500
Next articleVote for North America’s Top Snowmobiler – ROUND 3!