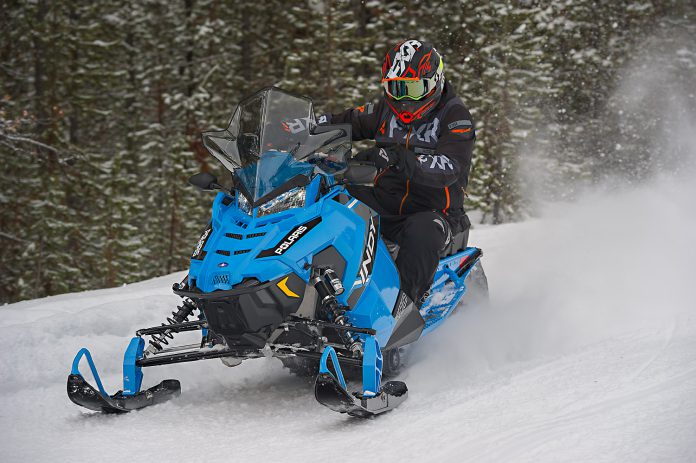 Thanks to all our readers for checking out our recent series on the 600 2-stroke engines currently available in the marketplace.

It’s impressive to read the comments you’ve added to the articles and pretty awesome how much of an understanding snowmobilers have of the function of the different 2-stroke systems out there: E-TEC, DSI and SDI.

Let me deal with a few of those comments:

1. Yes, it’s true, the new 600R Rotax is the most recent engine offered in the 2-stroke class, superseding the original E-TEC introduced in the 2008 model year.

The basic principle of how E-TEC works is the same on the original Series III 600 and the new 600R.

Due to its centered mounting position in the new G-4 chassis the new engine had to be much narrower. This was accomplished through the use of a flat stator.

There’s more, subtle refined tech to allow the 600R to run a safe 125-horsepower – however, E-TEC is E-TEC and its snowmobile adaptation has been around for over a decade.

In the article our target was to try to describe in the most general terms how Ski-Doo’s Direct Injection system works. Even though the OEMs are constantly updating and upgrading technology the 600R E-TEC uses a similar basic operating principle.

2. We referenced liquid cooled cases and it’s true, neither the 600 or 600R uses this crankcase cooling setup, instead both versions use the super-grease system we referred to in the article.

This grease is permanently sealed into the bottom end bearings. That system has proven reliable on the original series III 600 but 800 series III E-TECs were a riskier proposition.

This has to do with the kind of sustained high RPM 150 plus HP engines are subjected to. Because of the increased power output of the old 800 versus the original 600, larger bearings were required which require more lubrication and cooling.

Rotax uses liquid cooled cases on the new 850 – along with pinpoint oiling. All E-TEC engines (and SDI engines) use electronic detonation sensors. They are mandatory equipment on E-TEC engines which run exceptionally lean.

3. This one refers to the fact that in a conventional 2-stroke the piston is compressing fuel every stroke and not every other stroke as mentioned. To clarify, every time the piston moves to top dead center – that is once every rotation of the crankshaft, the spark plug fires.

This fuel is then pushed up the transfers as the piston falls. When the rising piston closes off the exhaust port the fresh charge which entered the cylinder from the transfers has pushed out the burned charge into the exhaust pipe.

Once the exhaust port is closed the fresh charge is compressed and then lit-off by the spark plug at top dead center. The piston then travels downward and a fresh charge moves up the transfers as the piston falls starting the whole remarkable process over again.

The reason the EPA is tough on 2-strokes is due to the uncontrolled movement of unburned fuel and air out the exhaust port before the rising piston closes the port off.

E-TEC engines – which do not inject fuel into the combustion chamber until the rising piston closes the exhaust port, are the cleanest 2-stroke engines in the business.

Consider this: The E-TEC injector has only 15 degrees of crank rotation after the exhaust port is closed, to inject a fresh charge of fuel.

4. Yep, the slot-injected Cat 600 has been around longer than I thought. I gave it about five years but it’s actually about seven. My apologies.

Kent Lester
Kent Lester is Co-Publisher of SUPERTRAX Magazine and a regular contributor to this website.
Previous article2020 Indy XCR 850 vs 2020 MXZ XRS 850
Next articleTITAN VS XTREME