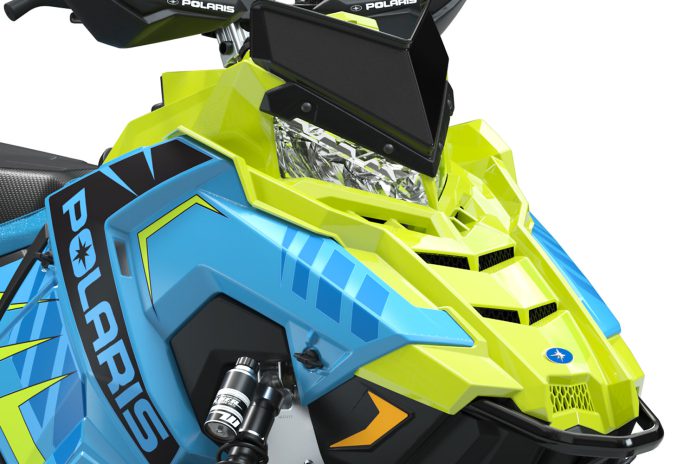 There’s been a flood of chatter about the prospects of Polaris bringing a new 4-stroke to the market for 2021.

Yeah, we know, a lot of it has been propagated by us – but we’re kinda good at sorting out the hints and figuring out what’s coming down the pipe from the OEMs – even when their corporate jaws are clamped shut and no official word is forthcoming.

Here’s a couple of our thoughts on where Polaris will go when a new 4-stroke finally hits the showrooms.

1. We have doubts Polaris will come with a full-blown, turbocharged 4-stroke right out of the gate. Polaris has not offered a 4-stroke snowmobile for several years and the largest part of the 4-stroke market is trail-based sleds. This is the segment they should attack first.

2. Thus, we think the new Polaris will be a naturally aspirated 4-stroke triple. The question is: How much power?

3. We think the power range Polaris should address is somewhere between 110 and 125. Why this range?

The 1170cc 4-TEC was a very fast sled and is much missed by the Ski-Doo faithful, some who bought multiple copies over its tenure. Its price was extremely attractive to the masses compared to the faster but much more expensive 900 ACE turbo.

5. A big consideration: By offering a 4-stroke in a more subdued power range, Polaris gets to consumer test its new sled in a category where there are first, a lot more customers, and second, riders who are going to use the sled for more than just blasting lakes at full throttle.

6. Right now Polaris has a unique advantage with the lightness, performance and handling of the Indy/Axys platform. It’s entirely believable a heavier 4 stroke engine would perform better in the Polaris chassis than the competition.

7. We’ll go out on a limb and say the new 4-stroke will make about 110 horsepower – actually lower on the scale than the old 4TEC and less than the 2020 130 horsepower Viper.

However, a 110HP Polaris 4-stroke would have about 15 more ponies than a 900 ACE – enough to be truly noticeable – and maybe grab the attention of shoppers in the 900’s price range.

8. We’re guessing a turbocharged Polaris 4-stroke is inevitable. When will it arrive? Hard to even speculate on this topic when we haven’t seen a non-turbo mill.

Let’s say this – whenever a turbo 4-stroke engine arrives it will have enough power to grab the attention of Cat and Yamaha turbo owners.

Kent Lester
Previous articleUltimax Snowmobile Drive Belt Overview and Break In Tips
Next articleUNDER-ACHIEVERS FROM THE PAST: BOLENS DIABLO ROUGE