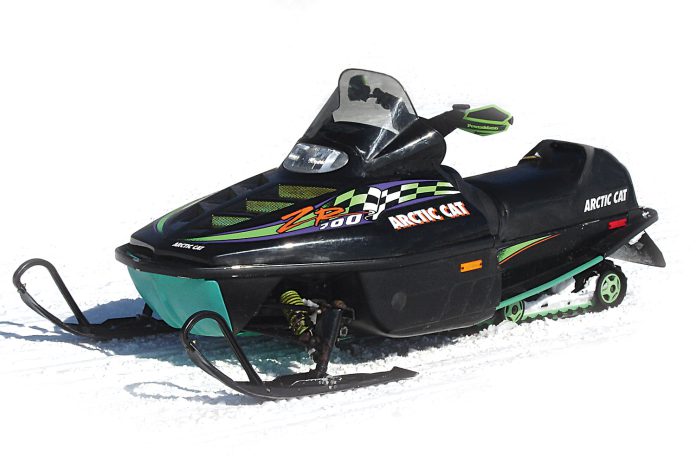 Everybody’s had that one sled that stands out from the rest. It defines the fun of snowmobiling and every time you reflect back on it, there’s a little twitch in your heart. In this series we asked our staffers to share their most memorable sleds. Read what Motorhead Mark Lester has to say about the 1994 Arctic Cat ZR 700.

In the 90’s Arctic Cat built a ZR chassis powered by a hogged-out version of the original Wildcat 650 from the 80’s. The sled was called the ZR 700.

In it’s first iteration it used the cobby “rubber overshoe” ZR skin but was later re-introduced in the svelte late 90’s ZR bodywork.

However, when the ZR 700 was popular we forgave its unrefined oscillations – so intense at idle they seemed like they could shake the chassis right off the trail and into the ditch.

Thus the ZR 700’s “Freddie Krueger” handle was popularized on the pages of Supertrax. My tolerance for this raucous behavior was rooted in a 3,500-rpm engagement that threw the skis high in the air for the first 100 feet while stretching your arms like a 1000 T-Cat.