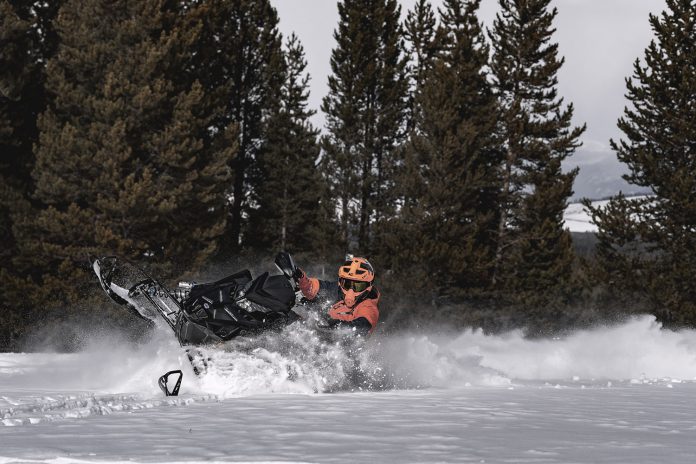 Time for another trip into the reality of the cost associated with off-trail riding in areas where it is prohibited.

I know, I’ve been harping on this topic for a long time. About 10 years actually, when you count the editorials and stories we’ve covered in Supertrax and the online contributions on this website we’ve made.

In any case, I am not convinced we are making enough progress in this department. The International Snowmobile Manufacturers Association (ISMA) launched a public awareness campaign called “Take the Pledge” which was based on snowmobilers taking responsibility for spreading the word about off-trail riding to their peers and pledging to not transgress themselves. It was, well, a public awareness campaign.

Did it or any other associated communication about how serious the problem of trespassing is in our sport right now make any difference? Some sanctioning groups felt the fact a lot of people got the message – albeit force fed – helped with the problem.

What do I mean? The Ontario Federation of Snowmobile Clubs (OFSC) made it mandatory – when snowmobilers were contacting the OFSC – to listen and watch a video before being able to move forward with a Trail Permit purchase.

Sure, the number of views the video got was impressive. You know what else is impressive? The number of crossover on/off trail snowmobiles being sold that carry a marketing message expounding the free-riding capabilities of these models.

To the OFSC’s credit they felt their home-grown video and awareness campaign helped trim some of the trespassing associated with free-riding numerically. Unfortunately, it’s literally impossible to statistically quantify what “trim” represents.

So, here’s the skinny. I’m not going to come down on the OEMs for continuing to produce more and better X-over snowmobiles. Not a chance. Why? Because the OEMs are responding to you – the buyer – and your preferences.

To fundamentally stay in the snowmobile manufacturing biz a manufacturer absolutely must build and offer for sale snowmobiles that meet the market’s preferences head-on. That my friends, is called “Market Driven Capitalism”.

Here is the root problem. It’s the continuing profound lack of understanding too many snowmobilers have about the consequences of off-trail riding – particularly in flatland, trail-oriented locales.

Here’s what continues to go on: Despite exposure to the ISMA promoted video, the serious consequences of riding off-trail on private land persists. In some jurisdictions it’s getting worse. What does worse mean? It means private landowners with trails on their property are saying loud and clear they’ve had enough with snowmobiles riding off the prescribed trail on their lands. They’re kicking us off their land in both the US and Canada.

This reality has been our Achilles heel for too long. We simply cannot sustain what is considered to be the off-road industry’s largest and most developed interconnecting trail system in the world. Let me say it again. “We can’t sustain persistent off-trail riding”.

Yes, there are places in some jurisdictions where off-trail riding is allowed on certain lands. Specifically, there are some places to free-ride in the US and Canada. However, an ever-increasing number of free-ride predisposed riders are continuing to trespass on land with prescribed trails crossing them. This problem continues to be the biggest threat to organized snowmobiling’s continued viability. Sound serious? It is.

There is nothing wrong with free-riding on lands where you have permission. Conversely, it is absolutely the sno-mo-equivalent of suicide to free-ride on public or private lands where free-riding is not allowed. This goes for any land with a marked and groomed established snowmobile trail. No mixing of words here. You must stay on the prescribed trail at all times. You must not deviate from this discipline.

If you own a X-Over sled do some research this fall into the availability of land where you can legally free-ride. It’s out there. Trouble is its way easier to just follow the groomed and marked trail until you reach a clearing, pull off the trail and rip it up. Isn’t it?

Invariably, that kind of action produces a zero end game. It’s happening right now and it is going to continue to happen if we don’t pull up our snow pants and get serious about protecting the incredible snowmobile trail resources we have in North America.

Listen and watch the ISMA “Take the Pledge” video. Tell your friends to read this article and talk meaningfully about altering your riding parameters to not include free-riding – unless it is specifically allowed.

Mark Lester
Mark Lester is Co-Publisher of SUPERTRAX Magazine and a regular Host on SNOWTRAX TV.
Previous articleWILL THIS MAKE A DIFFERENCE?
Next articleSNOWMOBILE MARKET UPDATE