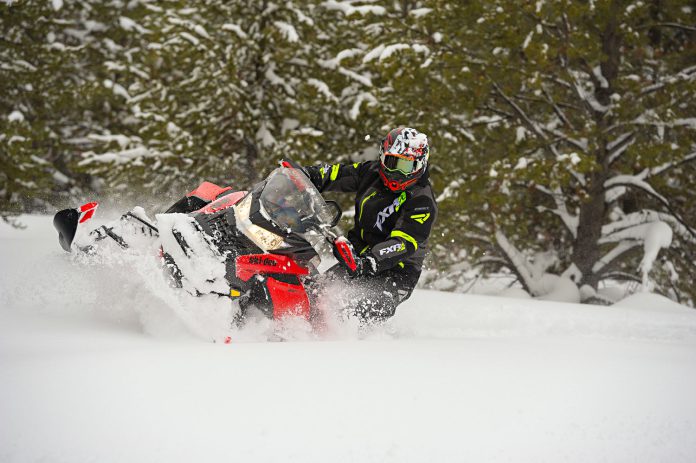 We were talking about industry trends the other day and this thought came up: If the years from 2000 to 2010 were all about EPA compliance, then this decade – 2011 to 2020 – is all about versatility!

If you go back 15 or 20 years, you’ll recall the snowmobile biz was in a state of panic about the new EPA regulations that many suspected could be the end of the 2-stroke engine and the possibility we could all be riding electric sleds in a few years.

As we now know, none of this happened and groundbreaking engine technology enabled 2-strokes to be as pollution-free as 4-strokes. The upside was that both 2-stroke and 4-stroke performance got better than before and the new, cleaner, more efficient powerplants have established the business for at least another couple of decades!

The last decade (2011-2020) has ushered in the age of versatility. Complete sled categories have been created, then revised so a buyer is able to do multiple things with one purchase.

For instance, if you look at crossover sleds, they’ve become extremely capable as semi-mountain climbers – certainly great in flatland powder – but even closer than ever to pure mountain rides. Naturally, new suspension developments have kept them capable as trail sleds, too.

Sleds like the Titan and Expedition Extreme show off the versatility of hugely wide and long tracked sleds initially designed for utility use, still being great trail sleds.

Ten years ago, every OEM offered 2-uppers as a distinct category with a whole list of engine sizes and track lengths to satisfy this specialized multi-passenger market.

Today the 2-up Touring sled is quickly becoming a sled you can mechanically convert from a 2-passenger sled into a sport sled with, guess what (?) – a long track for going off-trail if you want!

It looks like today’s snowmobile consumers are looking for one-stop shopping and want sleds that can pretty much do it all. We’re waiting to see what the hallmark trend will be for the next ten years.