IS THERE A NEW DEFINITION FOR CROSSOVER? 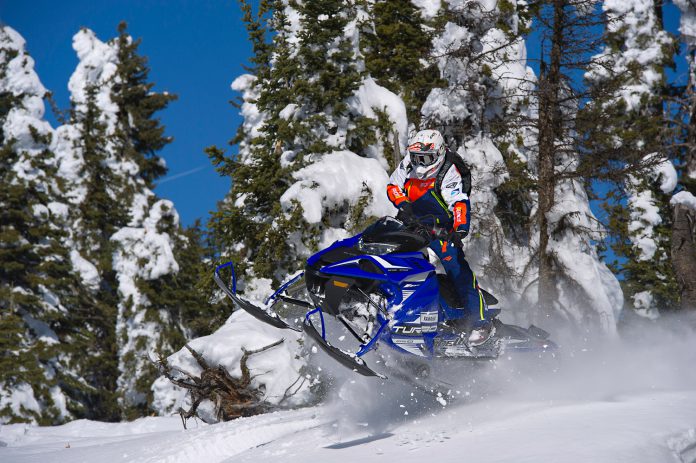 For the last couple years we’ve been fighting the industry urge to create a new definition of what a crossover sled is.

Originally, a crossover was a 137-inch trail sled with either a 15 or 16-wide track. If you’ve owned or ridden one of these sleds you know how great they are on trails and how well they work in powder. To us, that was the definition of a crossover sled. Apparently, that’s not correct anymore.

We were pretty adamant the OEMs had some screws loose on this definition until we had a chance to sample a couple of new sleds this year. First was the new Polaris Switchback Assault 144. This new AXYS-based sled is incredible! Honestly, it trail rides every bit as good as anything else with a coupled skidframe and its combined lightness and power-to-weight ratio makes it unstoppable in powder.

One sled is not enough. Next, we rode Cat’s High Country Limited. This sled is available with either a 153 or a 141 uncoupled skidframe. We were shocked again. Although it is so close to being a mountain sled (especially the 153) we couldn’t believe how good a job Cat has done with this sled’s suspension calibration.

It, too, rides trails beautifully and with it’s various track combos is flat-out awesome in deep snow. Yeah, it really is a crossover and oh, we should mention both the above sleds handle on trails with surprisingly good agility, despite their longer tracks.

We were curious to see if Ski-Doo could match Polaris and Cat with ride compliance in this category. The unchanged-for 2017 Backcountry and Backcountry X, although delivering a decent ride, are not quite up to the Assault and High Country’s trail riding level this year – but are very close.

Those two Ski-Doos are laser-focused on the freestyle market and really prioritize powder performance first. We fully expect a re-calibration next year, though, because the competition has definitely delivered.

Not to be undone, Yamaha has come with a B-TX series in both the SideWinder SE and LE and these sleds come in 153-inch lengths. We rode them last March and walked away amazed. For sure, there’s no shortage of power and they still ride and handle really good on trails.

So, I guess we’re converted. The new breed of crossovers really, truly are just that: Crossovers!