IS THE TOURING CATEGORY DEAD? 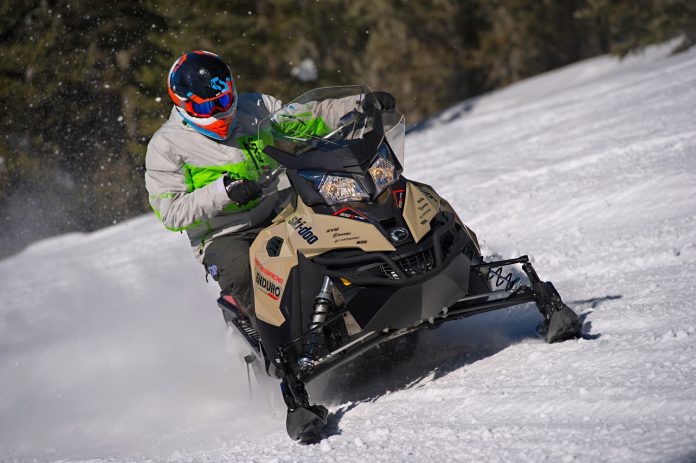 If you’ve been watching Polaris and its short list of pure 2-uppers found in its snowmobile roster, you could easily say the bloom is off the rose when it comes to 2-passenger touring sleds. We’re not so sure.

The Polaris approach has been to put focus on the versatility of its 600 and 800 Adventure series when equipped with a 2-up seat and forgo the concept of a dedicated 2-person sled. But is there less demand for fully equipped twofers than in the past?

We can remember in the early 1990s when the first 2-uppers were offered. Those first touring sleds created a groundswell of interest and it wasn’t long before all four OEMs had a bunch to sell.

To be fair, there are still a lot of regions where 2-uppers sell really well and it depends on the nature of the trails there (smooth, wide and high speed) and the acceptability among their peers of buyers who want to ride with a companion more than by themselves. However, today, with prices increasing and more and more variations on long tracked sleds available, the picture is changing.

The Polaris Adventure series and Cat’s Pantera 3000 and 7000 can be used as single passenger rides and look neither bulky nor out of place in that role when touring add-ons are removed. What will turn the corner with public opinion is if these double-duty-tourers can offer handling and performance comparable with a sportier sled and still be warm and comfortable enough to keep a second passenger happy.

Probably Ski-Doo has the most 2-rider-specific line-up of any of the OEMs. Its Grand Touring SE and LE are certainly derived from other models like the Renegade but are very much targeted at a certain kind of touring rider who rides 2-up most of the time.

On the other hand, Ski-Doo has fallen in line and created a Swiss Army Knife, multi-purpose sled in the Enduro. Will the Enduro (when an aftermarket 2-up seat is in place) become the 2-up sled of choice for the kind of touring customers Ski-Doo has fostered for so long? Even if it did, we’re not sure it would appeal to Ski-Doo’s Quebec market that much (2-up sales are very strong there).

It remains to be seen if industry-wide 2-up sales will fall, maintain or maybe even take an upsurge. We can pretty much guarantee one thing, however: Touring sleds are going to look, be equipped and behave a lot different over the next decade.

Kent Lester
Kent Lester is Co-Publisher of SUPERTRAX Magazine and a regular contributor to this website.
Previous articleIS THERE A NEW DEFINITION FOR CROSSOVER?
Next articleSki-Doo Expedition Xtreme 800