IS IT TIME FOR A YAMAHA 2-STROKE?: WE RESPOND 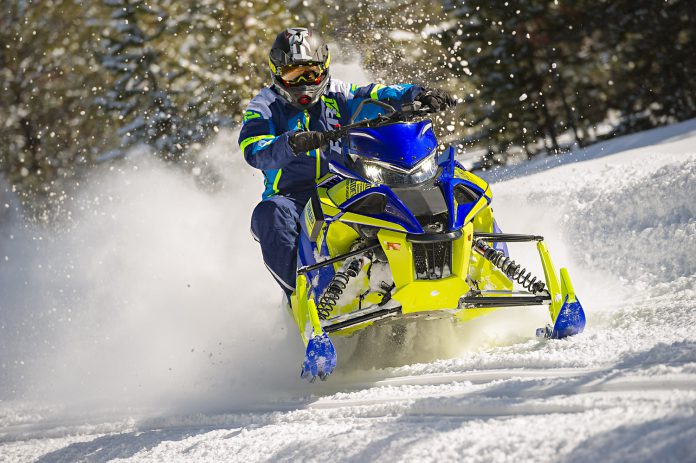 About a week ago we re-posted a Yamaha story asking: “IS IT TIME FOR A YAMAHA 2-STROKE?“. The response was incredible, with over 40,000 views, nearly 1000 likes and a ton of comments. Here are some of the comments and our responses:

Warren Garton: If anyone can address the longevity of the 2 stroke it would be Yamaha. This is still the number one difference of 4 vs 2 strokes.

SUPERTRAX: Warren, you got it right. The Yamaha 2-strokes built over 15 years ago were some of the most reliable ever – regardless of their displacement or class.

John Sissenah: They brought back the old 540, so I imagine they will wander into the 2 stroke segment once again.

Don Corty: They certainly have the technology and the pockets to produce a two stroke. Just wonder if the market is really there.

SUPERTRAX: Don, the 2-stroke market is definitely still healthy and accounts for over 70-percent of all snowmobile sales.

Brock Bolin: I find it far more likely if they did build a 2 stroke it would be powered by the c-tech 800 from cat.

Claude Gosselin: I have owned an SR 440 racing sled and a1981 srx 440, loved them both. Would buy Yamaha again if they would build a lightweight 2 stroke sled. How many more people are thinking like me? Come on Yamaha, flex your engineering might!

Jon Bertolino: Everyone I ride with used to ride Yamaha’s. Everyone I ride with including me now drives ski doo. This story is repeated over and over-just insert a different group of friends and a different brand they moved over to. yamaha has lost almost all its customer base since 2003. No racing, nothing but rebadged arctic cats with yamaha motors. The nytro and apex worked for some but not many hence market share loss. No one wants a sled that has a motor that will run to 100,000 miles! Um – 1000-2000 miles a year average – 10 years 20,000 miles. Who wants a ten year old sled that is actively buying state of the art technology every couple years. The sled will be junk everywhere else less the motor. Guys who buy new sleds want hi performance and light sleds.

Dave Mijal: Yamaha stated when they released the 2019 sleds that they have been in the snowmobile business for 51 years now and have no plans on getting out of it! they also stated that everyone should pay close attention to the 2020 model year sleds as they have something big up their sleeves! I do honestly believe it will be a 2 stroke sled! for everyone saying yamaha is done with 2 strokes for sleds what do you call the vk540?????? yamaha isn’t done with anything and their plan on turning the whole snowmobile world into 4 strokes like they did with motocross backfired on them and they do want to stay in the game and they will offer 1 to 2 more 2 stroke sleds! and my guess is since the new sno scoot was one of the best selling sleds of 2018 yamaha and cat both completely sold out of every one made! that yamaha will offer a sled anywhere from 300-500cc as a step up from the sno scoot to keep young riders interested and give them options that other brands don’t have!

Andrew Hill: Personally, I wouldn’t buy a Yamaha until they do, but I don’t see any 2-strokes coming anytime soon. I wish Yamaha would build their own chassis so there is truly 4 manufacturing companies still in the snowmobile business. I’m afraid Yamaha’s days may be numbered as far as sleds go.

Mike McNulty: Remember folks first and foremost Yamaha is a motor company. Some friends in the motorsports business have told me 2020 will be a marquee year for Yamaha. Wait and see, right? I just hope they decide to build their own sleds again. I have owned several Yamaha sleds in the past and would love to see new all Yamaha models.

SUPERTRAX: Mike, Although it’s true the newest Yamahas are based on Arctic Cats, Yamaha has had a huge affect on the quality and engineering of both products and Yamaha R&D has not been silent since the 2013 manufacturing agreement. The Yamaha sleds offered today are very much Yamahas, not just Yamaha engines.

Edward Hipkens: They need a 850 2 stroke. I think it would help their sales.

Roy Brough: Yamaha was my favourite brand of snowmobile until they ended the two stroke sled in Canada so I switched to Polaris.

SUPERTRAX: Obviously, this is a red-hot topic and there are plenty of opinions on whether Yamaha should build a 2-stroke 850 – or anything else 2-stroke.

Frankly, we think it would be an intelligent way for Yamaha to get into certain segments of the industry they’re not playing in with a lot of success.

For instance: The Mountain market – a Yamaha 850 in the Cat-based chassis would be an immediate winner and Yamaha already owns the Direct Injection clean technology to build an amazing 2-stroke of this magnitude (HPDI). Same with the very busy Crossover and Free-Ride markets where weight is the issue.

Also, in our opinion, Yamaha is not so set in its ways it would completely write-off the opportunity to be more profitable.

Remember, as one of our web commentators stated in a response: “Yamaha is first an engine company!” That is so true, and building a revolutionary 2-stroke is something that plays right into their wheelhouse.