HOW TURBOS CAN MAKE MORE POWER 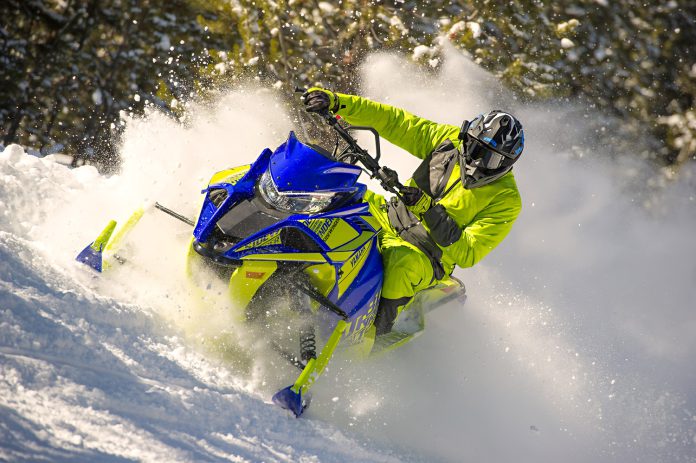 There’s been so much feedback on the fact Ski-Doo’s new turbocharged G4s net out less power than Yamaha and Cat’s Turbos, it puts a lot of focus on turbochargers in general.

Here are a few points to consider:

1. Turbochargers, which spin in the 100,000 RPM range, are actually air compressors that cram pressurized oxygen (air is mostly oxygen) into an engine’s combustion chamber. Simply stated, the result is there’s a lot more oxygen in the cylinder and when the spark plug lights it off in the presence of gasoline, it makes a bigger bang.

2. This bigger bang effect mostly affects torque. There is a horsepower increase, but the most substantial benefit is that the torque generated by a turbocharged engine is higher than one that is naturally aspirated (carb or EFI).

3. Not only is the amount of torque higher when a turbo is used but it stays relatively consistent across the whole power curve. Thus turbo engines deliver more torque from just off idle right up to max RPM. This makes for some very interesting opportunities for clutching and gearing.

4. In modern engines, turbo pressure, or boost, is regulated by a valve-like device called an electronic wastegate. This system stops the turbo pressure from getting too high – or too low. These electronic wastegates are the reason the newer turbocharged engines maintain such consistent torque as the engine spools up revs – the boost is close to the same all the time.

Older turbo engines used to have mechanical wastegates to control boost, popping off pressure when it went beyond the regulated boost level. These were pretty inconsistent at operating across the full RPM range but did well at higher RPMs.

6. Usually, modifying the amount of boost a turbo engine makes requires a change to the engine’s ECU (computer). There are aftermarket computer chips that mess with fuel flow, boost pressure and the wastegate and then adjust the engine’s timing to accommodate.

These are actually pretty reliable (get references) and as long as you don’t go too crazy with the boost, will not harm your engine.

7. After making an ECU mod (new computer chip) you’ll likely need to modify your clutching – and maybe even your gearing – to get full benefit from the power increase.

Kent Lester
Kent Lester is Co-Publisher of SUPERTRAX Magazine and a regular contributor to this website.
Previous article2019 Yamaha Sidewinder SRX Walk Around & First Impressions – Hay Days 2018
Next articleIS IT TIME FOR A YAMAHA 2-STROKE?: WE RESPOND