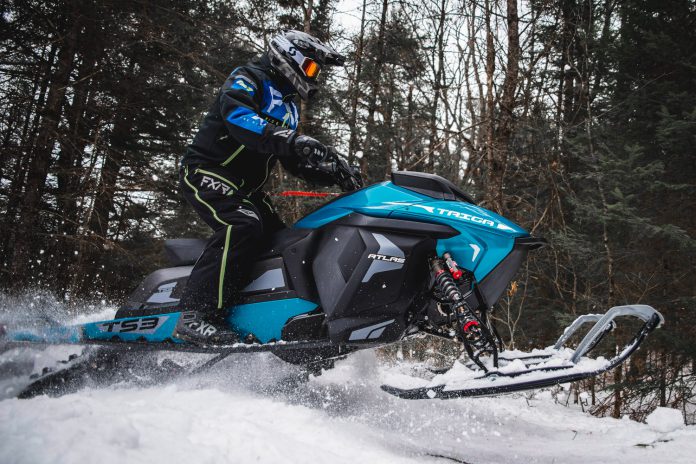 Don’t know if you’re finding this as your reality or not, but the need to listen and watch the news (and be very discerning about what news medium and provider you follow) has never been more important than it is right now. Many in the powersports media are being overwhelmed with questions about the Internal Combustion Engine’s (ICE) future.

Over the past two years we’ve commented on virtually every aspect of the potential for a legitimate electric snowmobile. Supertrax/SnowTrax has been 100% honest with where we think this might be heading. Continuing on this theme, I have detected a subtle but nonetheless tangible softening of the previous posture that proclaimed: “everything ICE powered is going electric”.

Contributing to this slight but measurable shift is Toyota’s totally transparent endorsement of Hydrogen ICE powerplants. Frankly, it is refreshing to see a giant OEM claiming the Hydrogen ICE is oh-so-close to becoming legitimately viable as a zero emissions powerplant. This is great news for not only the auto industry but all industries facing the shift away from ICE power.

Look up the reams of info on this subject and you’ll see just what the potential is for Hydrogen ICE’s in the not too distant future. Frankly Hydrogen power could obsolete battery/electric power in a heartbeat and have huge positive implications on the nasty toxic waste issue surrounding mining the minerals to make lithium-ion batteries and discarding batteries now in use and in production.

So that’s one voice standing in the wilderness proclaiming scientific fact. What else is being said about battery/electric power?

The general media has been handwringing regarding the realities of electric car range numbers in cold weather climates. There’s little doubt the range numbers being tossed around in the media are virtually all warm weather climate derived without the vehicles A/C running.

Only a week ago I read a report that virtually trashed the current range claims gradient with this bald-faced admission: Current range claims are all at least 10 percent too high when operating an electric vehicle in a 20F environment.

Okay, that doesn’t sound too terrible. But get this: The article went on to say that if the heater is run the numbers are nearly 30% too high! Ahh, just sayin’, but who is going to drive their car on a 20F day with the heater off?

From crazy comments like the last one to emerging technologies like hydrogen power, to pictures of line-ups at California electric “recharge stations” as a result of too few places to recharge versus the number of electric vehicles in service in California, the boiler plate argument “it’s all going electric” has an increasing number of holes in it.

Honestly, the over-indulgent attitude proclaiming electric/battery power will obsolete ICE has been overstated to a large degree from the early days of electric automobiles. I think we’re in for some eye -opening new ideas that may be immeasurably more suitable to our off-road, cold weather market snowmobiles.