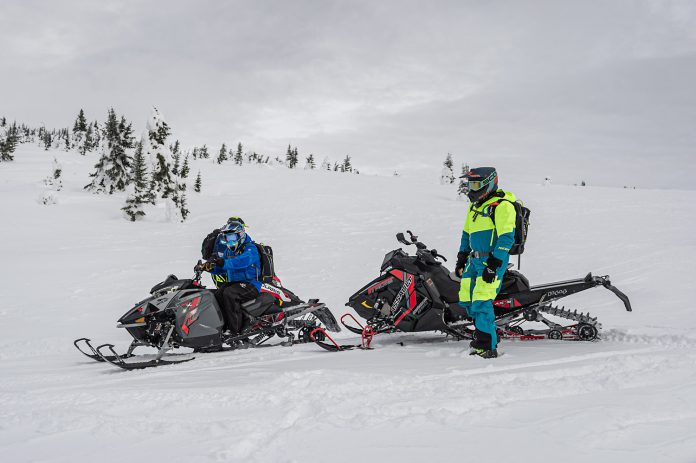 I guess you could define COVID-19 as a problem. That word barely seems a decent description for the chaos the world has been thrown into the last year and a half. It’s almost trivial to rate snowmobiling as a casualty or benefactor to something that has affected nearly every person on the planet in a major way.

However, snowmobiling has been affected and no one is sure whether or when things will return to normal. Frankly, I’ve never seen anything even close to the changes we’re experiencing in several aspects of the sport. In no particular order, I’ll try to describe the alterations we’ve all been seeing.

Snowmobiling, as with all forms of motorized recreation, has a severe supply problem. Simply stated, it’s hard to get new sleds. Don’t expect to find them at your local dealer, either. 2022 sleds were sold out by last May and if you didn’t pre-order before the end of March – unless the dealer has performed some kind of logistical magic – you have little chance of getting a new sled in-season.

This is an unprecedented situation and it simply means, unless your dealer is a relative or blood brother, you’re going to pay top dollar for the new sled you’ve ordered. Discounts are scarce, but the good news is that your old sled is probably worth more than you’d have expected.

If you look closely at the supply situation we’re experiencing, it looks like there’s been a huge increase in participation and the sport has grown at a breakneck rate the last two years.

Certainly, you could argue there have been manufacturing challenges getting enough components to deliver completed sleds on the ground to owners, but this situation has been dealt with for a full season now and the OEMs are finally catching up.

Here’s the bad news: Since new-sled orders happen far in advance of delivery in the snowmobile business, it looks like the supply issue could still exist next year, too.

There were strong indications the demand for snowmobiles was increasing a couple of years before the pandemic hit and kept all the holiday travellers away from sunny winter places outside the country.

Two years ago, no one would have guessed the demand would be this big, however. The limitations placed on vacationers by COVID-19 simply amped the demand right into the stratosphere. Thousands of new and formerly dormant snowmobilers came out of the woodwork and were willing to pay inflated prices to get themselves and their families on the snow. The money was there because they weren’t spending it on sunny vacations.

This isn’t a reference to any snowmobile model. Rather, it refers to an attitude beginning to arise from many of the fresh faces we haven’t seen on the trails for a long time (or ever).

Back in the 1960s and early 1970s the renegade attitude was prevalent and it nearly destroyed the industry before it got out of the starting blocks.

These riders showed little respect for private property or for other people riding whatever fledgling trail systems existed back then. It was a constant problem with riders trespassing onto private property and riding in forbidden areas.

It took about 20 years of hard work by clubs, police and volunteers to get the image of responsibility back on the front page so that snowmobilers weren’t regarded as terrorists.

Don’t get too puffed up about our progress – we’ve still got a long way to go. If you’re one of the good people who respects private property, you need to preach it to your friends who are new to the sport. We’re at critical mass with this and trails are closing because of it.

Thought we’d fixed this a long time ago, but it’s back. A few new riders have started carrying beverages with them to “freshen themselves up” on the trails.

You don’t need a sermon on how unacceptable this is and harmful to the sport. The most effective thing you can do to settle this is to simply refuse to ride with or include people who are tippling on the trails.

If they’re aware of the dangers and damage to snowmobiling drinking and riding creates and still doing it, you probably don’t want to be associated with them anyway.

The excuse people want to use is: “Because all the restaurants and pitstops were closed last year because of COVID, there was nowhere to go to get a drink”. The bigger point is, don’t drink at all if you’re riding!

So, will snowmobiling go back to normal after COVID 19 ends? Frankly, no one expected to be dealing with these issues. Knowing the history of snowmobiling, though, if we all, as both participants and as an industry work together looking for remedies, we’re going to be golden – maybe even better than before!