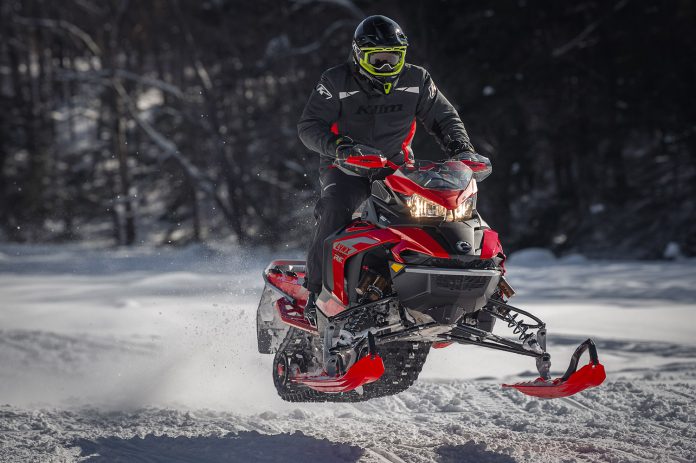 Let’s make this perfectly clear. The arrival of the Lynx brand on these shores is a profoundly important event.

Yes, Lynx is a BRP brand built in Finland and yes, the new Lynx models available for 2022 share significant Ski-Doo and Rotax technology.

Understanding this, it is no less important to have a fifth OEM in this biz – particularly at this juncture in sno-mo history.

For José Boisjoli, the now iconic CEO of all things BRP, to pull the trigger and bring Lynx to North America makes a huge statement about the health and potential of our sport.

Don’t forget it was Boisjoli who had the foresight to launch a snowmobile which completely obsoleted everything in the market – radically changing the modern snowmobile with the intro of the original REV platform in 2003. This was incredibly risky and amounted to Boisjoli having the guts to go all-in and make the biggest gamble in the history of the sport – at that time.

Launching Lynx with full force into the North American market is a gamble on a similar level (but not quite as risky) as was the launch of the 2003 REV.

WHAT DOES BOISJOLI SEE?

BRP, under Boisjoli’s leadership did not bring Lynx to North America without enormous soul searching. In fact, I had the privilege of participating in a top secret evaluation of specific Lynx models over four years ago in a remote northern locale.

At that time the participants in attendance pretty much determined the Lynx brand had significant, tangible cache. I felt there was at the very least Corvette appeal if not something more exotic like Porsche exclusivity.

I was interviewed and surveyed out the wazoo over the one day we had to sample Lynx models and compare them to existing Ski-Doos and other brand;s current sleds. The volume of data collected that day was nothing in comparison to the information accumulated and assimilated by BRP in the ensuing time leading up to the 2022 intro.

Mark Lester
Mark Lester is Co-Publisher of SUPERTRAX Magazine and a regular Host on SNOWTRAX TV.
Previous articleWhen Is Something All-New Coming From Arctic Cat?
Next articleTaiga Nomad 2-Up Utility Sled Detailed Overview