HOW CHEAP CAN A SLED BE BUILT? 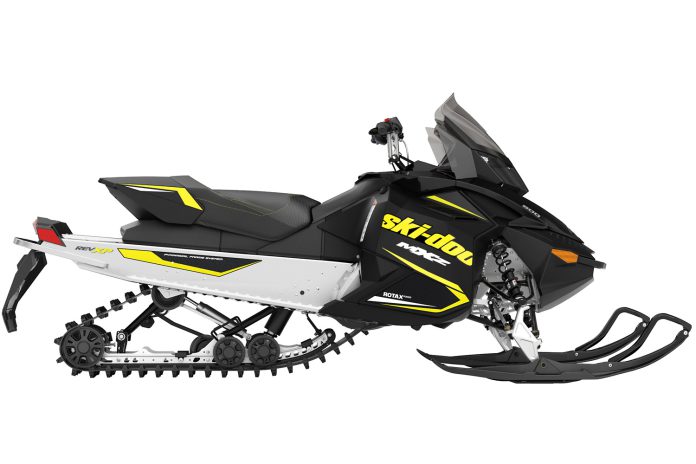 This is a huge question in our sport and one that frankly, is sort of baffling.

For the last decade the OEM’s have been offering a few sleds in their line-ups that come under the category of “price bargains”.

Certainly, the 550 and 570cc fan cooled 2-strokes offered by Cat, Polaris and Ski-Doo have fallen into that category and the Polaris Indy 600 and Ski-Doo’s XP-based MX-Z and Renegade 600 carb are attractively priced – or are they?

Each sled is purely a case of getting less for less: Less horsepower, less technology, less suspension sophistication, less electronics, for less bucks. It just makes sense the OEMs cannot offer a lower priced sled with the same equipment as a brand new all-bells-and-whistles highly equipped model. Lack of equipment is one of the factors that helps them keep the price low on those select models.

The second factor for cheaper prices is sales volume. If the sales numbers on a low-priced sled are high enough, the sled remains profitable. However, if demand for those sleds drops off, it becomes more costly on a per-unit basis to keep offering it.

Here’s the rub: In comparative studies, those bargain sleds are not increasing in sales volume. When it comes to what we used to call “entry level fan-cooled sleds”, those are being rapidly replaced by identical power-output (60-65-hp) 4-strokes that are actually rather expensive. You, the customers, are actually opting for a higher priced sled that offers the same range of power. Maybe you’re thinking about payback in lower gas and oil consumption. Makes sense.

Likewise, when it comes to the choices in liquid-cooled 600cc sleds, the masses are buying the latest, teched-out models instead of the lower priced ones. This isn’t a bad thing, but it doesn’t always bode well for new people coming into the sport.

The cost of becoming a snowmobiler is already high and sno-mo-shoppers need new, reliable alternative sleds to entice them into the marketplace.

We sure hope there are either new value sleds in the pipeline or the OEMs will bite the bullet and keep building the ones we already have for a while longer.