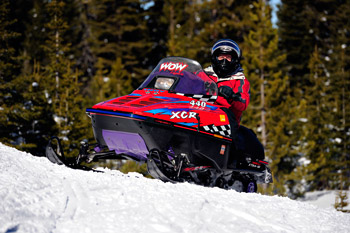 We’re happy to report this has been one of the longest, coldest, snowiest winters on record in most key snowmobiling areas. When was the last time you could see yourself riding into early April?

It’s amazing how a winter like this changes the rules. For instance, if you were looking for a good, used snowmobile at a bargain price late in the season, you were probably out of luck.

The reason was that riders who had cobwebbed their sleds in a barn or garage the last couple of years simply took them out and started riding them again. Some of these sleds were pretty old, too. We can’t recall a year when we’ve seen so much older iron (7 years or older) out on the trails.

Fact is, we can’t recall a year when we’ve seen so many new sleds, either. Most dealers are reporting sell-out conditions on 2014 and leftover 2013 inventories and have ordered up almost all new 2015s for next season because the OEM’s simply don’t have any still-crated 2014 leftovers to sell.

What does this mean? Well, it means the brand new one-year-old stuff is in short supply now and if you want a new sled you’re going to have to look at a 2015, not a non-current 2014 or 2013 this fall. As you know, this has not been the case in the industry for the last four or five years.

What it boils down to is a situation where demand is outstripping supply. Next season, buyers are going to be limited as to what new sleds they can buy (unless they early-ordered with a deposit) and they’re going to be severely limited as to the number of good, used sleds they’ll be able to find either at the dealer or privately.

The good news is, if you’re thinking of ordering up a 2015, you’ll likely get maximum trade-in value for your current sled or you’ll be able to sell it for good bucks privately. At Supertrax, we can’t recall a year when so many people have contacted us asking if we knew where a good used sled could be located.

The bottom line is this: There may never be a better time to early order a new sled than right now. It’s almost a no-brainer you’ll get good bucks for your used one and with this strong demand, prices aren’t likely to get any better on the new stuff than what you can negotiate on an early order deal this spring.