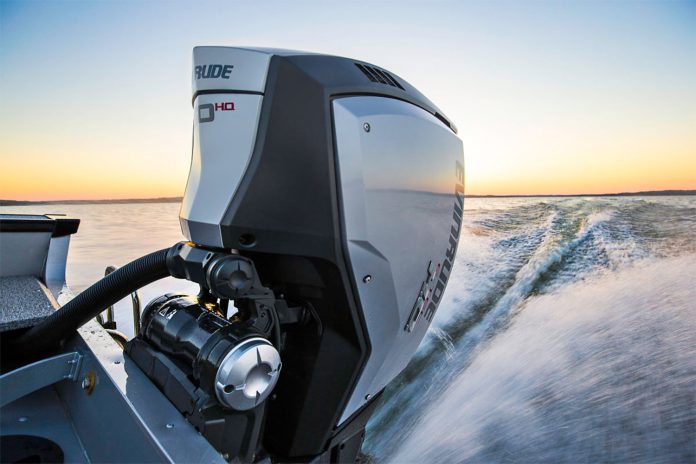 BRP will no longer manufacture and sell Evinrude outboard engines including the new G-2 E-TEC engines, effective immediately. To say we were shocked by this announcement would be a huge understatement.

Along with being known as the original outboard engine, Evinrude has had a storied 100-plus year past. In the late 1990’s the parent company of Evinrude (and Johnson), Outboard Marine Corporation (OMC), was thrown into disarray by corporate raiders.

The system debuted on BRP’s Ski-Doo snowmobiles in MY 2008 and the rest is history. Today E-TEC is still the only Direct Injection system in the sno-mo-biz.

It’s interesting to note, when OMC Corporation went into receivership and BRP acquired Evinrude, Johnson and Ficht, it did so for a relatively attractive sum in the corporate world.

EVINRUDE AND THE MARINE BIZ

In other words, many (if not most) of today’s boat OEM brands are actually owned by Mercury and Yamaha. While this has gone on for the past 15 years (or more) BRP took a different path and marketed its engines to the “re-power” market.

Only recently did BRP jump into the boat biz and begin vertical integration in a sizeable way.

Honestly, we’ve felt a sense of pride in the success of the Evinrude brand knowing it is the only outboard engine using 2-stroke power exclusively.

The E-TEC paradigm in the outboard world stood alone for almost two decades. E-TEC’s performance, lightness and EPA cleanliness, not to mention its exceptional fuel efficiency, set Evinrude apart from the 4-stroke hoard.

A PAUSE OR THE END?

Reading what BRP had to say about the cessation of Evinrude production, we perceive the company is not likely to re-introduce the brand. However, BRP has stated it won’t sell the brand either. In fact, in any corporate communications we’ve seen since this announcement Evinrude is still listed as a BRP brand.

BRP and, in particular, the Ski-Doo Division, have made it clear the cessation of Evinrude E-TEC production has no effect on E-TEC 2-stroke development as it relates to snowmobiles.

In fact the company has made it clear E-TEC snowmobile power will continue to be developed and used in Ski-Doo snowmobiles indefinitely.