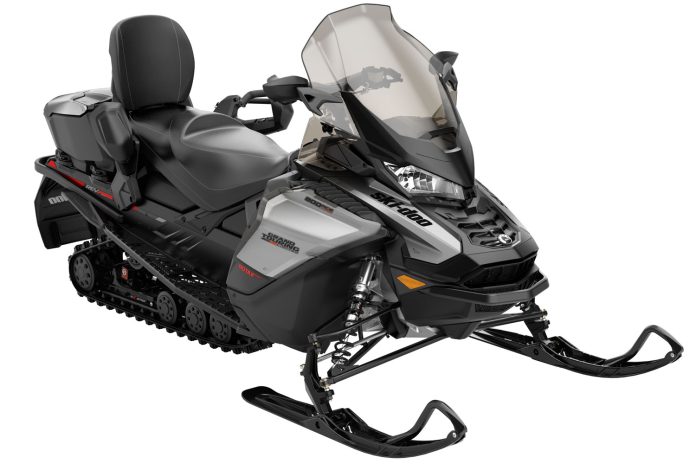 With two new 2019 engines in tow, we fully expected this year would bring a change to Ski-Doo’s Grand Touring line-up.

The new 600 E-TEC is an exciting entry but the Grand Touring powered by a turbocharged ACE 900 is a mind-bender.

At 150 torque-laden ponies this power package is exactly what touring riders are looking for. Here you get the durability and reliability of a 4-stroke, the improved handling of the G4 platform and enough power to haul two riders and a load of gear to the ends of the earth… very quickly.

It’s been a while since the industry offered a turbocharged touring sled and those owners who bought them in the past have been hungry.

Ski-Doo has resisted the urge to stretch the track out further than 137-inches and that means Renegade-good handling and easy steering in the corners.

It looks to me like Ski-Doo has been very intentional with this new sled’s design. It could have been longer and heavier (the turbo’s extra weight is well-camouflaged in a touring sled) and the engineers could have bypassed this biggest 4-stroke and stuck with the 95-hp 900 ACE non-turbo engine. They didn’t, and now Ski-Doo leads the class in ride, handling, power and in fully adjustable air assisted comfort.

Mark, it looks to me like those are the only categories that matter in the 2-up class. Please stun us with your alternate choice and more of your weak logic.