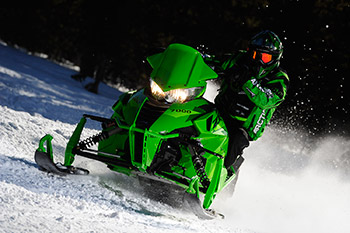 We’ve been puzzled by this question ever since Yamaha announced it’s drive-by-wire YCCT (Yamaha Chip Controlled Throttle) system on the Vector last January.

It just makes sense, should Yamaha put this control system on the Viper in MY2017, why wouldn’t it make the same setup available to the 7000 Cats?

Although the relationship between the two sled-makers is going very well, it would give Yamaha some kind of an edge against the 7000 Cats and would make the two models more un-similar – maybe something Yamaha owners have been hoping for.
Think of a YCCT equipped Viper with a SingleShot skidframe – Yamaha enough for ya?

The other way to look at this is to make the YCCT engine available in both the Viper and the 7000 but only as an early-season-purchase feature and only on the highest end versions of those sleds, the Viper LE and the 7000 Limited or El-Tigre.

This way it provides more incentive for buyers signing up for the next year’s sleds early and also gives both companies the opportunity to consumer test the YCCT technology before going in 100-percent with it on all models.

I guess the third option would be to just put it on all of the above sleds in every category. That’s pretty much the way the shared technology program has been working so far and that would match the Viper head-on with what Ski-Doo is offering with its DBW 4-TEC.

Kent Lester
Kent Lester is Co-Publisher of SUPERTRAX Magazine and a regular contributor to this website.
Previous articleALL ABOUT A NEW ENGINE
Next articlePolaris Acquires 509