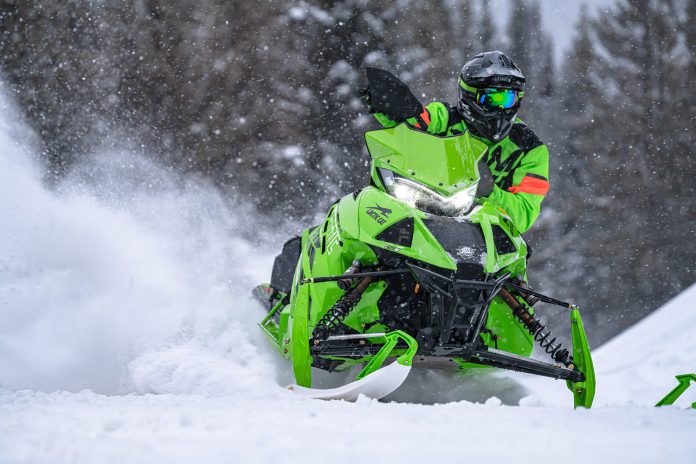 A few weeks ago we published an online article about the potential for Arctic Cat to introduce a new chassis within the next couple of years.

We’ve been giving this a lot of thought – and so have you, apparently. There’s been a ton of commentary on our social media sites on this subject from readers and viewers – so much so that we’ve barely been able to publish any article about Arctic Cat without you raising the question.

In our opinion there is very little wrong with Cat’s current ProCross platform. Could it be lighter? Probably, but it isn’t really much heavier than its competition. In some applications it’s actually lighter.

Could it handle better? Maybe, but it’s still one of the best handling platforms in the biz. Is it comfortable? Yes and no. However, its basic ergonomic layout is extremely good and any improvements in comfort could be accomplished with mere cosmetic changes – nothing radical – certainly nothing requiring a complete chassis dump.

So, why should AC consider a new chassis? There are a number of issues surrounding this question and none of them are even remotely involved with the proficiency or lack of it with the current ProCross platform.

Arctic Cat has been building this platform for over a decade and customers – particularly snowmobile consumers – really like new, shiny stuff. We’ve always said, you need to give customers a reason to buy a new sled. The best way for an OEM to do this is to obsolete the old one by bringing out something completely new and perceptibly better. “Better” may mean lighter – or more convenient, or more stylish, or more comfortable, or with a better ride – whatever. The point is, it’s new. And that’s what sells snowmobiles!

It’s no secret Cat and Ski-Doo have been in an extended battle over whether or not the ProCross chassis infringes on Ski-Doo’s triangulated, pyramidal chassis design. At this point, details of the lawsuits and their settlement have been so complicated and secretive, we don’t know for sure what’s going on. For a while Ski-Doo had an injunction preventing Cat from selling any ProCross sleds in Canada. That has since been lifted.

Our estimate however, is that any new Arctic Cat platform would not use the current triangulated backbone of the past. This would likely mean something similar, either to the current one or more like Polaris’ chassis – but in no way completely the same as either so as not to get into legal trouble.

This is a problem in several ways: Would a new design be as rigid? Would it be lighter or even the same weight? Would handling and ride be compromised? Would it be economical enough to build so it doesn’t drive prices up?

Certainly, design targets, since they’re throwing out all the bathwater, would be focused on radical lightness, different and perceptibly better ergonomics and improvements in ride and handling – if possible. There could also be exclusive adaptability for Cat’s current range of snowmobile engines and how to improve accessibility and routing of turbo plumbing, as well as exhaust and intake.

We briefly touched on this, but since the ProCross platform was introduced before Cat’s current use of a Yamaha 4-stroke triple, there may be an opportunity to improve that engine’s fitment in a new chassis. This also brings up the point we discussed in our former diatribe about the possibility of Cat coming with something narrower (we had asserted in our earlier story the narrower clutches introduced for 2022 maybe hint at this).

Although we doubt a new chassis would stray from the existing wide-spaced A-arm setup up front, there may be a new long-front-arm-skid on the agenda.

Also, depending on how Arctic Cat’s marketing department views the off-trail market, a new chassis may provide the opportunity for Cat to bring a new mountain sled that exceeds the competitions’ offerings in the weight and traction departments. No small task there.

There are many directions Arctic Cat can go here. It’s our firm opinion, the worst place it could go would be to remain static and do nothing. At this point, the Arctic Cat name and reputation are still strong – wait a half a decade and who knows if that same brand identity will still be at play.

Arctic Cat is a savvy company with good people on board. It would be foolish to try to convince ourselves these conversations haven’t been ongoing in the boardrooms and engineering labs of the company for quite some time. We’re waiting with anticipation to see what happens!