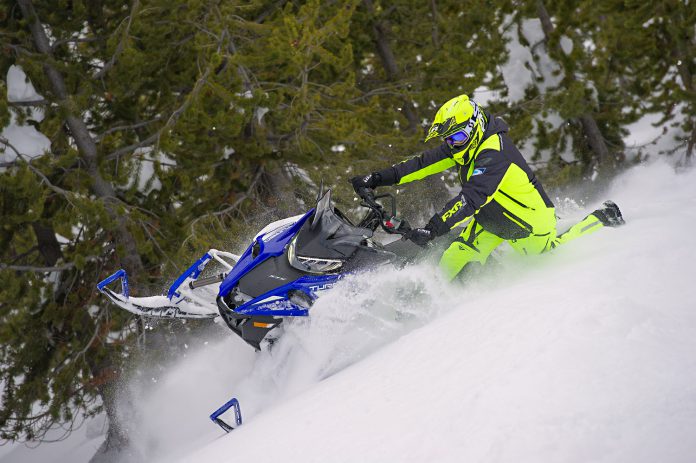 It’s been over a decade since Yamaha made the commitment to build only 4-stroke snowmobiles.

Thus, it’s been more than ten years since the company introduced a new 2-stroke engine.

1. Yamaha firmly believes the 4-stroke engine is the future of snowmobiling.

If you look into the crystal ball and think about what sleds will be like 10 to 15 years from now, Yamaha honestly believes, based on future emissions standards and overall durability/customer satisfaction, the 4-stroke is what snowmobilers will be riding.

Why invest in technology the company sees as obsolete?

2. The mountain market is only a portion of the total snowmobile business.

Yes, Yamaha owns excellent direct injection patents for 2-stroke engines and Its DI system has been consumer-proven on outboards for a number of years.

That being said, why tool up an all-new 2-stroke engine platform when your target market (deep snow) is probably only 25-percent of the total market? The fact is Yamaha is doing a decent job with 4-stroke mountain sleds, albeit they are not the answer for all mountain riders.

3. It’s hard to reverse the cycle when you’ve invested years in convincing everyone you’re on a different path.

The fact is Yamaha hasn’t done badly selling only 4-strokes. The 1049 triple is a very popular engine and operates very much like a 2-stroke in its Arctic Cat ProCross chassis. Furthermore, Yamaha-philes love 4-strokes and aren’t pleading for a 2-stroke.

The 4-stroke sell is complete and although Yamaha won’t convert huge masses of hardcore 2-stroke users over to its side, they are grabbing a decent share of the market.

Kent Lester
Kent Lester is Co-Publisher of SUPERTRAX Magazine and a regular contributor to this website.
Previous articleSKI-DOO’S NEXT 600 E-TEC
Next article3 REASONS POLARIS WON’T BUILD A 4-STROKE SLED