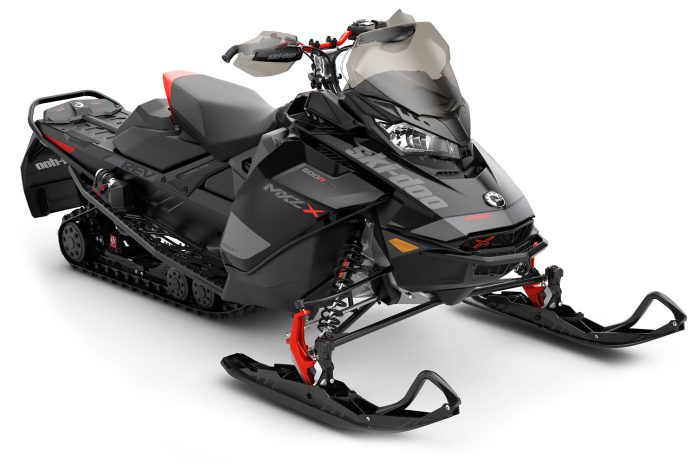 Another Year, Another Battle! These Guys Think They’re Right. What Do You Think?

This is a tough class to judge because there are four contenders here and all of them are super-good. The Polaris Indy XC, Cat’s 6000 Limited and Yamaha’s totally redone 2020 Viper are all worthy of consideration. Each delivers great trail power, fuel economy and above-average grunt for trail riding.

That being said, I will attempt to define what a trail rider wants and needs.

First, I have to give kudos to Ski-Doo for offering the very best skidframe ride in this class. rMotion is still the standard by which every other snowmobile suspension is judged and it feels like no matter what shock package you choose, it outperforms everything else.

The X-package 600 I’ve chosen with running board adjusters for both shock damping and spring preload is so top-drawer I can hardly contain myself!

Second, there’s a huge trend toward 137-inch tracks for trail sleds but I’ve chosen the MX-Z with a 129 as my fave for trails. The 8-inch shorter sneaker allows the MX-Z to pivot faster, without push or understeer, and there’s no compromise in ride quality.

Third, the 600 E-TEC: What an awesome engine! As difficult as it is to diss the other 125 to 130-hp engines in this category, this version of the 2-year-old revised Rotax 600 stands alone delivering incredible gas mileage and performance while killing everyone else for EPA stats.

In my informed and pretty much-always accurate opinion, on a cold, crisp day with hundreds of miles ahead of you, this is the sled you want to be sitting on.