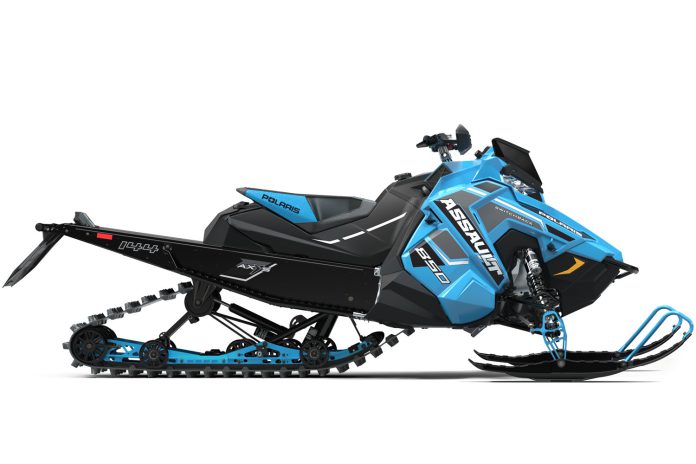 Another Year, Another Battle! These Guys Think They’re Right. What Do You Think?

No wonder I’m always right, Kent. The Indy Switchback 144 has been the benchmark in the X-over segment since the sled was first introduced with an 800 Liberty. Our insightful readers are in full agreement with my enlightenment surrounding this important segment.

What’s at the root of this amazing dual-purpose, capable trail, capable off- trail ride? It’s about balance. Everyone in this biz wants to claim it has the best 50/50 X-over every year… then they build two crossover sleds to satisfy their customers.

The drill seems to be this: Build a 75/25 trail biased X-over for wannabes and a 75/25 off-trail one for hardcores. All the while Polaris keeps building the Switchback Assault 144 that hits a homerun for this segment with one sled powered by three different engines, an 850, 800 and a 600.

We have a pretty diverse group of pilots here at Supertrax/SnowTrax Top Secret World HQ who ride thousands of klicks every winter.

I rely on their expert opinions when things get as complex as they are in the crossover segment. If Kent would simply settle down and resource these assets he too could share in my enlightenment. He doesn’t. The riders here all agree the 144 SB Assault is the only true 50/50 ride.

If a day’s trail riding lies ahead, this sled’s near-perfect handling will keep you at the front of your pack. If a day of boondocking in untramped pow is in order, the Assault can lead the way. If this sounds like there’s no downside to the Switchback Assault, you would be correct.

Now available with Polaris’ superb 850 Liberty, the equation just got stronger. Limitless off-trail power and competitive on-trail squeeze. It’s all you need in one package, Kent.

Supertrax Onlinehttps://www.supertraxmag.com
Check back frequently for new content and follow us on social media!
Previous articleBenefits of Woody’s Traction Products for Your Snowmobile
Next article2020 BEST IN CLASS: BEST TRAIL SLED