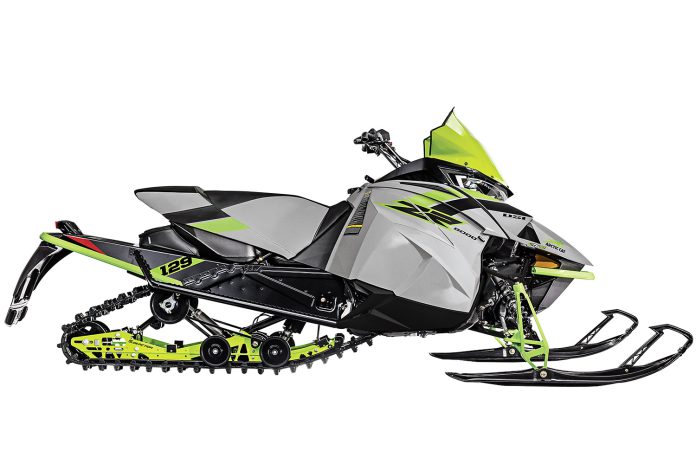 Face it, for time eternal the question will be asked why Arctic Cat would introduce an all-new 800cc 2 stroke engine one year after Ski-Doo carpet bombed the market with an 850 E-TEC.

Frankly, I asked this question myself, however, I was able to ask it to the right people almost three years ago.

Okay, when I asked it I didn’t know Ski-Doo was working on an 850. However, I did discern Arctic Cat was experiencing a vendor issue of key components for the new Dual Stage Injection 800 mill when it was a long way into the development process.

The issue in short, was whether Arctic Cat should move to another vendor for these key engine components and stay on the original timeline for release of the 800. That timeline would have seen the 800 hitting the ground just ahead of the 850 E-TEC and as a result would have stolen considerable thunder from the Ski-Doo 850 intro.

In what I personally think was a wise move, the Cat braintrust decided it would not take a chance on delivering a new engine without adherence to a strict regimen of testing and validation of parts from a new vendor. That was definitely the right decision, however it would have been a lot easier to justify the delay if the engine had ultimately arrived as an 850.

Arctic Cat’s introduction of new powerplants, both 2 and 4-stroke, over the past five years has been exemplary.

Specifically, the introduction of the 600 C-TEC2. These USA assembled, potent 600 engines have proven bulletproof. We’ve run the wheels off a number of copies and talked to many of you who own one and are convinced the 600 DSI has tangibly elevated Arctic Cat’s rep for quality.

If the company waffled on the intro of the 800 by sidestepping developmental protocols it would have reflected poorly on both the 800 and the 600 too. Hindsight being 20/20, Arctic Cat did the right thing.

WAS IT WORTH IT?

If you’re a rabid Arctic Cat aficionado you’ll say the extra wait for the new DSI 800 was worth it. From my perspective I’ll say this: The new 800 DSI is a jinormous step ahead for Arctic Cat in the 800/850 segment.

This engine is more powerful, both in measured torque and peak horsepower than the Suzuki 800 and is infinitely crisper and vastly more linear in its delivery of power.

There’s no comparison, zip – nada, between the way the old Suzook 800 accepted throttle and this new DSI 800. No gurgle, no coughing, no smoking after warm-up and a measurable (and impressive) improvement in fuel economy. This motor is good, really good.

BACK TO THE ORIGINAL QUESTION

All accolades aside, is the new 800 DSI C-TEC-2 enough to stem the tide of buyers (from every brand) considering the Ski-Doo 850? Here’s my straight-up answer: If you can’t show up with anything less than the biggest gun then only the 850 Rotax is going to do.

However, if you’re looking for a hard hitting, big bore 2-stroke ride with everything but two or three percent less peak jam than the 850, you’ll be extremely satisfied with every attribute of the new 800 DSI Arctic Cat engine.