2-STROKES WITH AN OIL BATH CRANKCASE 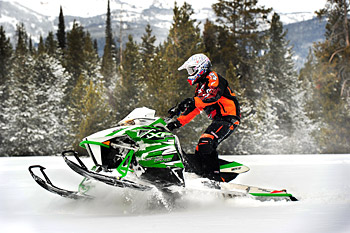 Supertraxmag.com viewer Jamie Attridge, made an interesting comment a while back asking why someone hasn’t come up with a 2-stroke with an oil-bath crankcase similar to a 4-stroke. Excellent question.

Instead of having to buy 2-stroke oil, you would simply change the oil once a year like you would if you owned a 4-stroke, saving money, of course, and also making some kind of a contribution to saving the environment.

Good thinking Jamie, and this isn’t just a good idea, it’s one that has already been fully developed by (can you believe it?) Chrysler Corporation!

The engine was fully developed and tested and ready for production but was taken off the shelf because, in consumer auditing, the public wasn’t much interested in gas mileage in 1997.

The engine used the type of crankcase Jamie described and made about 97-98 horsepower. With DI, the engine produced mileage numbers about 10-percent better than a comparably powered 4-stroke and was about 80-lbs lighter.

This type of crankcase is made possible on a 2-stroke by virtue of the fact a DI engine doesn’t need transfer ports to bring the fuel and air from the crankcase to the combustion chamber.

It used an Orbital style system that directed compressed air and pressurized fuel to the top of the combustion chamber and fired it with two spark plugs only when all the ports were closed-off by the piston.

We’re not sure but we had heard rumors Chrysler still owns the patents for this technology.