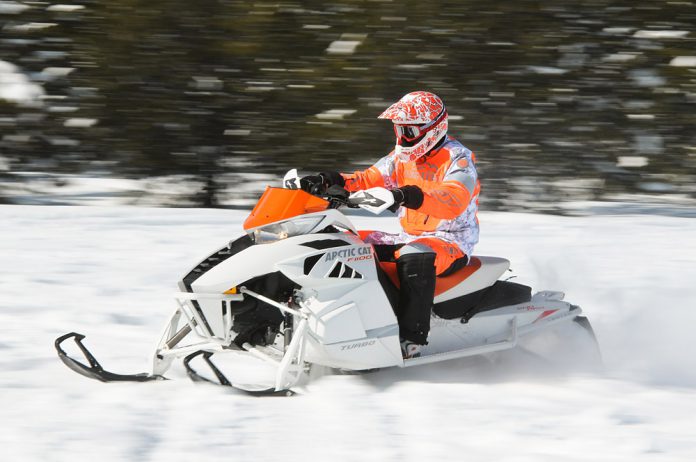 We’ve been listening to our readers’ and viewers’ comments this winter and despite the fact some sled-makers contend the 4-stroke market is not getting bigger, we’re seeing a growing trend toward new buyers seriously considering 4-strokes when making their next buying decision.

As buyers pay more for the upscale tech on 2-stroke sleds, they expect them to live longer, be trouble free and return high resale when the miles have accumulated. Sounds a bit idealistic, but why shouldn’t owners demand this kind of longevity when prices for new sleds are high?

Apparently, the biggest roadblock is not the first or second year of ownership of a 2-stroke, it’s when the sled has been on the snow a few years and may need an engine “freshening” or may be more susceptible to a total engine rebuild or replacement.

We’re thinking some of the renewed interest in 4-strokes is coming from the release of relatively light, nimble handling sleds like Cat’s Procross 1100s and Ski-Doo’s XR models with 4-stroke power.

Yamaha’s incredible history with reliable 4-strokes is another factor. Some of the Big Y’s 4-stroke sleds have been on the snow for 10 years now and it’s extremely rare to ever hear of engine problems with them.

Frankly, we’re a bit surprised at some of the opinions on 4-strokes we’ve gotten from the most hardcore snowmobilers we’ve talked to this year.

There’s a respect there we haven’t seen before and we can’t help but think the 4-stroke market may be on the increase over the next couple of years.