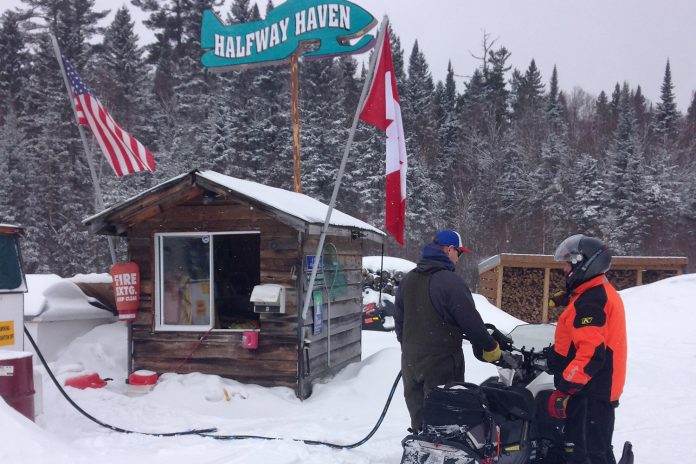 In the late nineties Northern Ontario was rockin’ and was quickly becoming a premier ride destination for thousands of snowmobilers across Ontario, the US and Quebec.

One of the missing pieces of this vast trail system was a link that would provide snowmobilers with a long distance loop. Knowing this, the hard working folks and businesses in Chapleau, Foleyet and Timmins invested two years and endless man-hours and developed a 200-mile super trail that linked Timmins to Chapleau.

I took part in the Grand Opening Ride and in the fall of 1999 I penned an article entitled “Chapleau Gets A New Winter Highway”. The lead-in to this editorial was a famous line from the movie Field of Dreams, “If you build it they will come” and for the better part of 10 years snowmobilers came from all over to ride this incredible loop.

The recession of 2009 really put a damper on snowmobiling in North America and eventually with dwindling permit sales and a lack of financial support to the clubs, the loop from Timmins to Chapleau was sadly shut down.

As the economy rebounded, permit sales began to rise and after several years of being closed, C101F was reopened as C101D last winter and in early March, 2017 I along with my good friends Richard Hiley, Jim Brogan and Harold McAdam had the pleasure to ride the complete loop chalking up 1,100 miles of great Northern Ontario trails and hospitality.